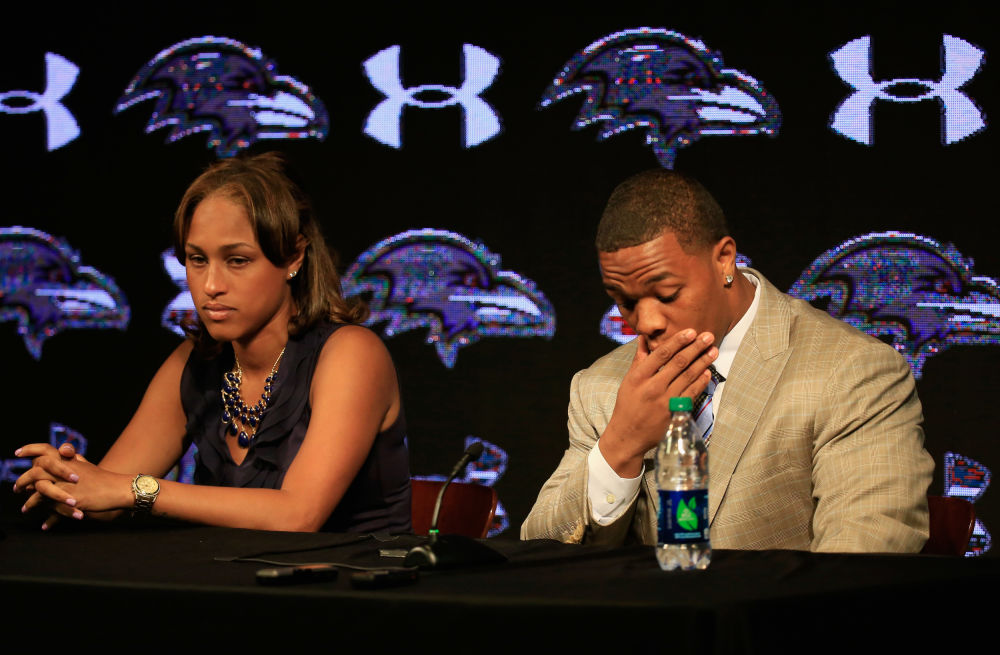 Ray Rice has been involved with one of the most notorious cases of domestic violence in NFL history. After an argument with his girlfriend (now wife) inside an elevator, he punched her in the face, knocking her unconscious in the process. He then dragged her unconscious body out of the elevator and took her away. This shameful incident was caught on camera and Rice was promptly suspended by the NFL. He hasn’t played a game since his suspension in 2014.
After TMZ Sports released the video of Kansas City Chiefs’ star running back Kareem Hunt physically assaulting a woman inside a Cleveland hotel lobby, most people immediately drew parallels with the incident involving Rice and his wife Janay. In an interview with NFL.com, Rice spoke about his feelings and emotions towards Hunt’s situation.
“You look back at it and obviously you see some similarities between what happened in my situation. I’m never going to call myself an expert. I’ve [publicly] discussed the remorse I have for survivors of domestic violence, but knowing what I know now the top priority is learning that it comes down to those split-second decisions, which come at the most hostile times. And that’s where this could be a teaching tool.
Peer-to-peer, I would definitely try to help him figure out, ‘How can we start dealing with the underlying problems in your life?’ Because he has a long life to live, this will be a defining moment, but it shouldn’t be the moment that defines you. For me, I just see you have a long life to live and that doesn’t mean just playing football — you need to just live one day at a time.”
When asked what he would’ve said to Hunt if he was present in the hotel lobby with him, just before Hunt attacked the woman. Rice responded: “In that moment right there, you go back and you think about your own self. First, I would look at the situation and say, ‘How did I even get in that moment, because whatever what was done in that moment, something transpired before it even got there. And honestly, while I don’t know if alcohol or any substances were involved, I know those things can often play a role. I am not blaming anyone who was with him, but I wish someone that was with him, if he’s not in his right mind … would’ve said to him, ‘Look at the situation. Is it worth risking it all for a split-second decision — for something you know you can get out of?'”