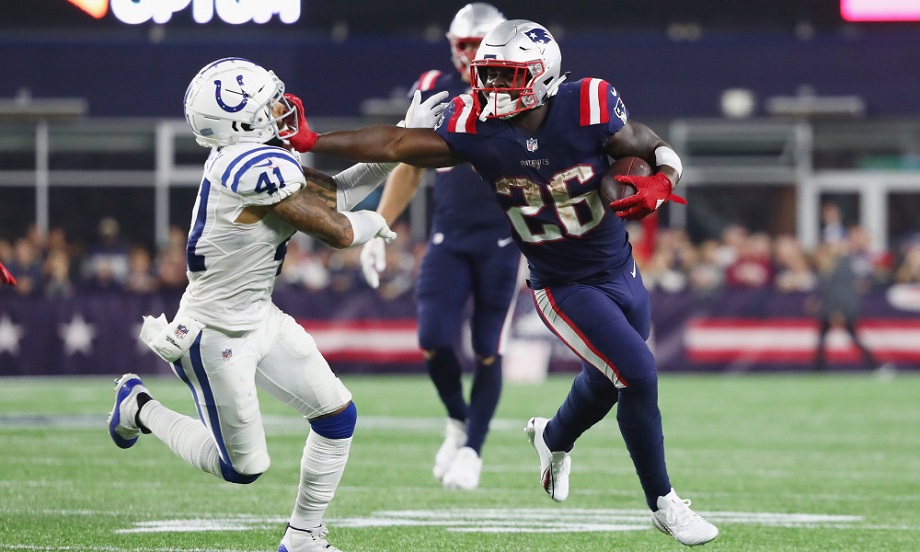 The New England Patriots have had a lacklustre season (by their usual lofty standards) so far. With back to back losses against the Miami Dolphins and the Pittsburgh Steelers, the Patriots have a mediocre 9-5 record which is good enough for only the third seed in the Atlantic Football Conference (AFC) so far. That is especially a bad sign considering the fact that the Patriots have lost five games on the road so far and throughout the season, haven’t really looked like the dominant team that we are used to seeing out of Foxborough, Massachusetts. Legendary quarterback Tom Brady has been average at best, wide receiver Julian Edelman hasn’t really recovered to his pre-suspension level of production and tight end Rob Gronkowski has been a shell of himself. After losing wide receiver Josh Gordon to a drug related suspension, things are looking very bleak for the Patriots.
However, there has been one bright spot during the doom and gloom of the 2018-2019 NFL season for the Patriots, rookie running back Sony Michel. Selected 31st overall by the Patriots in the 2018 NFL Draft, Michel has been stellar for the team, scoring 5 touchdowns and averaging 4.3 yards per carry.
His journey to the NFL has been slightly different from most players. In an interview with Boston.com, he talked about the differences between playing college football and playing in the NFL: “It’s been a little different. As you know, college is a shorter season. Around this time, guys [are] on the break, most of my old teammates are back home chilling with family. I’m still in season, gotta finish three more games… It’s almost like changing that switch in your mind, that mindset  and just changing the mindset like, ‘Alright, I’m in a whole different mode.’ It’s all about adjusting, just trying to adapt.”
Michel’s parents moved from Haiti to America in search of a better life. Their youngest son, Sony, eventually made it to the NFL. And he expressed a lot of gratitude towards his family: “They made the best of every opportunity, really. It wasn’t always the best times, but they were always fun at the end of the day. They made it fun for me and my brother and my sister. And just seeing how hard they work— and me, I’m a people-watcher, so I’ll sit back and just watch my parents and see how they operate. And just seeing the day-in and day-out, just working sunup till sundown. My sister’s the oldest, so she took care of me and my brother most of the time because my parents were working. My parents never wanted me and my brother to see the struggle.”
Michel’s parents worked very hard to ensure that their son was provided with whatever he wanted. And because of that, Michel never really learned about the hardships faced by his parents in the process of raising him: “I first talked to my parents about it [during] my last year of college,” Michel said. “I was like, ‘Tell me about your experience,’ and that was the first time they told me. But just from growing up, it was more of just seeing. I knew the situation I was in, we didn’t have everything. We were poor, I understood that. But at the same time, my parents always made sure I had the shoes I needed to go to school, the clothes I wanted, and I thought that was interesting. I understand, like ‘OK, they care for me, they’re going to work hard to do whatever it takes.”

Why road accidents are on rise in Kashmir