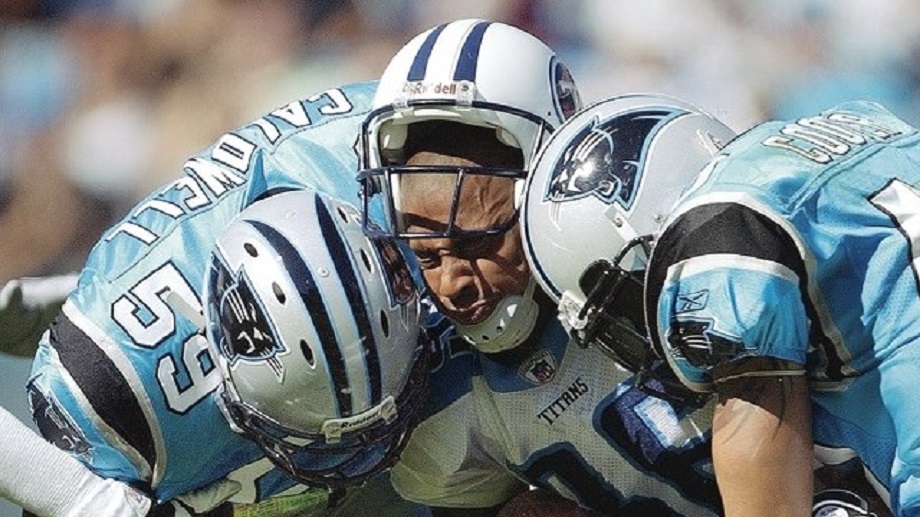 Kareem Hunt, the star running back for the high flying Kansas City Chiefs has been cut from the squad and placed on the commissioner’s exempt list (Hunt can’t play for any other team as long as he is on the list). The Chiefs organization took the action after a video was released by TMZ Sports which showed the 23 year old shoving a 19 year old woman to the ground and kicking her while she was down. The issue apparently started when the woman refused the sexual advances of one of Hunt’s friends. Hunt, who was selected by the Chiefs in the third round of the 2017 NFL draft, went on to have a breakout rookie season and led the league in rushing yards. This year, he was one of the key weapons in the high powered chiefs offence. His removal from the squad is definitely going to put a dent in the Chiefs’ Super Bowl aspirations.
This is what the Chiefs organization said in their official statement: “Earlier this year, we were made aware of an incident involving running back Kareem Hunt. At that time, the National Football League and law enforcement initiated investigations into the issue. As part of our internal discussions with Kareem, several members of our management team spoke directly to him. Kareem was not truthful in those discussions. The video released today confirms that fact. We are releasing Kareem immediately.”
The Kareem Hunt incident is not an isolated event. American Football has been plagued with domestic violence issues for years now. As exciting of a sport it is to watch, it is also one of the most brutal and violent. The game and the players are so ferocious that it has to be classified as a ‘collision sport’, rather than the usual ‘contact sport’. For every acrobatic catch, there is a bone crushing tackle. For every defence-dissecting, cerebral play that a quarterback executes, there is a concussion inducing collision among the offensive and defensive linemen.
Many people have speculated that all the brutal hits suffered by the players on the field also affects their demeanour off the field. While being ferocious and violent on the field is a useful trait, many players are unable to turn it off when they get off the field and their friends and family members usually bear the brunt of it. The adverse effects of these violent collisions on players’ minds and bodies were documented in the 2015 sports drama film, Concussion. Will Smith played the role of Dr. Bennet Omalu who discovered traces of significant brain damage during the autopsy of former Pittsburgh Steelers great, Mike Webster.
To control the off the field behaviour of the players and preserve league image, the NFL introduced a ‘conduct policy’ on April 10th, 2007. League commissioner Roger Goodell said this while introducing the policy: “It is important that the NFL be represented consistently by outstanding people as well as great football players, coaches, and staff. We hold ourselves to higher standards of responsible conduct because of what it means to be part of the National Football League. We have long had policies and programs designed to encourage responsible behaviour, and this policy is a further step in ensuring that everyone who is part of the NFL meets that standard. We will continue to review the policy and modify it as warranted.”
The following are some of the key suspensions handed out as per this policy :