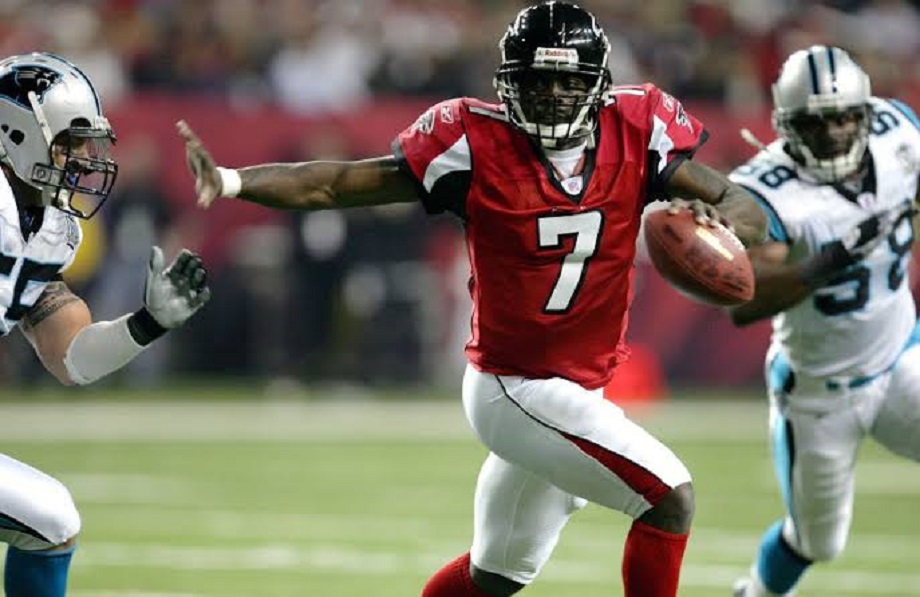 Tom Brady, the superstar quarterback for the New England Patriots added another accomplishment in his never ending list. After joking about it before the start of the season and throughout the ongoing season, Brady finally reached the magic number of 1,000 rushing yards for his career. The magic moment came on a 3rd down and 3 play against the Minnesota Vikings in the Gillette Stadium on Sunday Night. Prior to publicizing the “#TB1K” hashtag for this year, Brady had lost 160 yards because of kneeling down during victory formations (since he has won A LOT, he has also kneeled A LOT). Not known for being a scrambler, this achievement is quite meaningful for Brady.
However, he downplayed it in the post game press conference: “It’s just playing a lot of football. And obviously, I’m not a scrambler. But hopefully I can make a couple [of] plays. Running for it, made a good third down on that one, and I just give a lot of credit to the offensive line. They blocked their tails off today against a good front. And I don’t want to make too much of a 4- or 5-yard gain. That wasn’t really a difference in the game.”
Coach Bill Belichick also sarcastically said “that’s really important to us” when asked about Brady’s 1000 rushing yards.
Now, Brady might not be as averse to rushing as the great Dan Marino who rushed for a grand total of 87 yards over his 17 year career, he is by no means a standout dual-threat quarterback. If you are wondering what the hell does a dual threat quarterback mean, a dual threat quarterback possesses the throwing ability to make great pass plays, along with the athleticism, speed and strength to run with the ball. Dual threat quarterbacks are usually more successful at the collegiate level than pro level. However, the following quarterbacks have managed to translate their passing and running dominance into the pro game as well.

This two time Super Bowl champion and one of the most prolific passers in NFL History was also renowned for his rushing abilities. He is the only quarterback to have scored a rushing touchdown in four different Super Bowls. Through his career, he rushed for 3,407 yards and scored 33 touchdowns. No rushing touchdown of his was more iconic than the ‘helicopter’ in Super Bowl XXXII in front of 70,000 roaring fans.

The San Francisco 49ers legend was thrust into the unenviable position of replacing one of the greatest quarterbacks of all time, Joe Montana. However, Young was more than ready for the challenge and filled into Montana’s shoes in style. The three time Super Bowl champion was a prolific passer of the ball, throwing to some of the greatest wide receivers in history such as Jerry Rice and Terrell Owens. He was also a prolific rusher, accumulating 4,039 yards and 43 touchdowns in his career. None more iconic than the game winning touchdown run against the Minnesota Vikings in 1988, immortalized by 49ers commentator Lon Simmons : “Young, back to throw. In trouble, he’s gonna be sacked. No! Gets away. He runs. Gets away again! Goes to the 40. Gets away again! To the 35. Cuts back at the 30, to the 20, the 15, the 10, he dives. Touchdown 49ers!”

According to Hall of Fame Wide Receiver and Fox Sports’ analyst Cris Carter, this 6 foot 5, 245 pounds beast of a quarterback is the greatest athlete to have ever played that position. Since he was drafted in 2011, Newton has already rushed for 4,770 yards and 58 touchdowns in his career. His physical presence on the football field is reminiscent of Shaquille O’Neal‘s presence on the basketball court where everybody else around him automatically looked small.

As far as dual threat quarterbacks go, Michael Vick is the absolute gold standard. He rushed for 6,109 yards in his career, including a career high 61 yard run. He was magically elusive and despite being a quarterback, usually the fastest player on his team. He blazed his way across the field for 36 touchdowns but the quirkiest anecdote about his speed comes from the virtual world. He appeared on the cover of Madden 2004 and had such ridiculous in-game speed that he almost seemed like a glitch. His speed was so overpowering that gamers playing Madden 2004 started saying, If you pick Michael Vick, you are cheating.