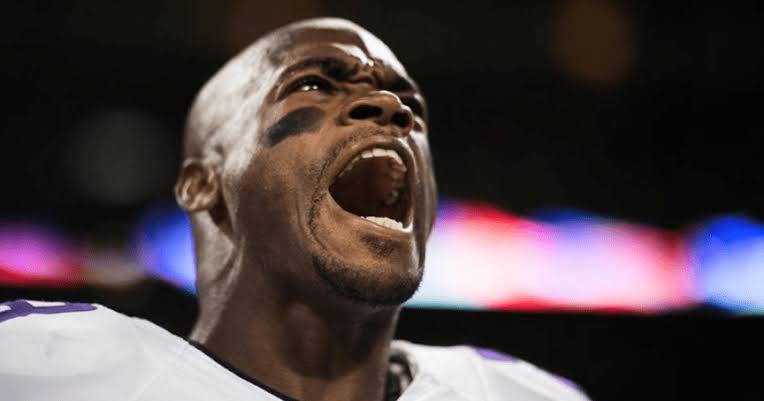 Throughout the history of the NFL, one of the most shameful off-the-field issues its players have been involved with, is domestic violence. The list of players who have been charged, convicted and punished on this matter is long. Adrian Peterson, one of the greatest running backs in NFL History, also has the dubious distinction of being on this list. He was suspended in 2014 for an entire season after he was charged with child abuse for using a switch to spank his 4 years old son.
So this came out as a big shock to everyone when Peterson said this in a recent interview with Bleacher Report: “I had to discipline my son and spank him the other day with a belt.”
His actions in 2014 had resulted in cuts and bruises all over his 4 year old son’s  body. NFL Commissioner Roger Goodell had identified several aggravating circumstances present in that case:
“First, the injury was inflicted on a child who was only four years old. The difference in size and strength between you and the child is significant, and your actions clearly caused physical injury to the child. While an adult may have a number of options when confronted with abuse – to flee, to fight back, or to seek help from law enforcement –none of those options is realistically available to a four-year old child. Further, the injury inflicted on your son includes the emotional and psychological trauma to a young child who suffers criminal physical abuse at the hands of his father.”

“Second, the repetitive use of a switch in this instance is the functional equivalent of a weapon, particularly in the hands of someone with the strength of an accomplished professional athlete.
“Third, you have shown no meaningful remorse for your conduct. When indicted, you acknowledged what you did but said that you would not ‘eliminate whooping my kids’ and defended your conduct in numerous published text messages to the child’s mother.
You also said that you felt ‘very confident with my actions because I know my intent.’ These comments raise the serious concern that you do not fully appreciate the seriousness of your conduct, or even worse, that you may feel free to engage in similar conduct in the future.”
Following the release of the Bleacher Report story, Peterson’s agent Ron Slavin released a statement saying: “There is nothing more important to Adrian Peterson than being a good father to his children and he has learned several valuable lessons in 2014 because of the suspension and counselling.”