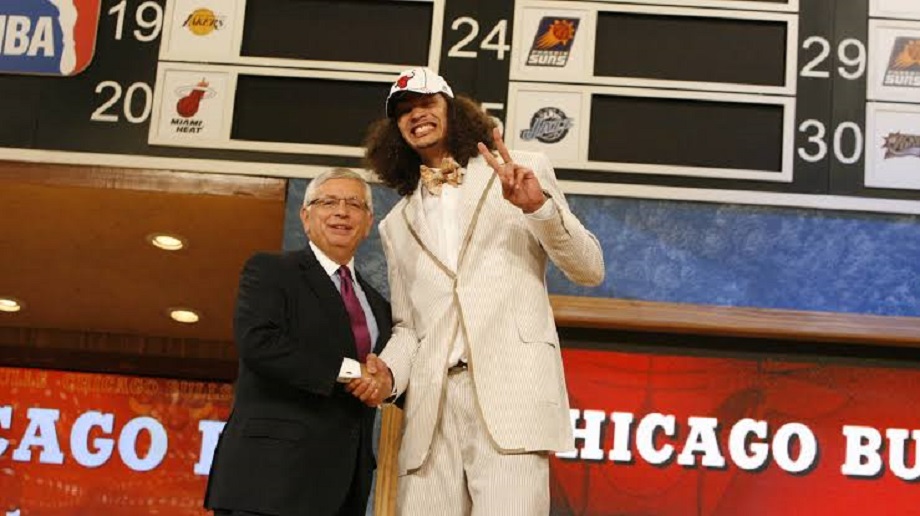 Every year after the NBA Finals, the media and fan attention immediately shifts to the NBA Draft. After rewarding the best team in the NBA with the Larry O’Brien Trophy, the focus shifts on to the worst teams in the NBA which are vying for the top pick of the draft. It’s the day when 19 and 20 year olds get to pick out the most terrible suits out of the rack and fulfil their dream of getting paid millions of dollars to put a ball in a hole, every other night. But what if the NBA didn’t hold the draft for a year? Let’s find out.
Unlike other sports like baseball which has 40 rounds of draft and about 1000 player selections, a large chunk of which never end up playing in the Major League, the NBA only has two rounds of draft and majority of the 60 selected players end up signing with some team. With a league wide player count of just 450, missing out on 60 new players can have a major impact on the NBA. Let’s take a closer look.
The first problem faced by the league would be dealing with the vacant roster spots created by players who are retiring. Very few players get the privilege of retiring by choice though. Even fewer get to have a 60 point farewell game like Kobe Bryant. Even some of the legends of the game retire in very unceremonious fashion. Tim Duncan’s retirement was announced by his coach Gregg Popovich during the off season. Every year, about 10 players retire by choice. After that, we need to account for players who will not be able to get back into the NBA because of injury. The average NBA career lasts only 4.5 years. So any player above the age of 31 is highly unlikely to make it back to the NBA. On an average, only 60 players per year make it upto age 31 in the NBA so at least 40 of them won’t be able to come back after that.
So we are up to 50 players who won’t be coming back to the NBA. So we now move on to the players who are not old/injured but are simply not good enough to make an NBA roster. These players in addition to the retirees and injured ones will need to be replaced by the NBA Draft.
Unless the talent pool is filled by the draft, these substandard players will have to be re-signed by the team, heavily diluting the quality of play.  On top of that, around 120 players, including draft picks, free agents and training camp invitees are cut before the start of the season. Teams might be forced to sign such players in order to makeup empty roster spots. So during a non draft year, around 60 out of the 450 players in the NBA will either be substandard or even worse, whose only role on the team is to make up roster spots. Casual fans might not notice the dip in quality as the best players will still continue to dominate the headlines. However, the biggest losers of a draft free year will be teams which made up the bottom of the league an year before. Even middle tier teams which are looking to take the next step, will be hit hard by a lack of draft. Great teams like the Golden State Warriors (which retained 12 out of 15 players from their 2017 championship winning team) will continue being dominant whereas teams like the Philadelphia 76ers which tanked for half a decade to land top talents through the draft, will become even worse. There is no hope for the Brooklyn Nets in any scenario though. Draft or no draft, they will still be terrible.
Essentially, unless there is a revolution in the way all teams become wise when it comes to signing free agents (and not give Timofey Mozgov $64 million for 4 years), the NBA will become a ‘rich get richer and the poor stay poor’ league in the absence of the draft. The draft doesn’t just make up numbers, it also helps maintain some semblance of parity in the NBA.
College Basketball on the other hand will greatly benefit from the absence of an NBA Draft as the best players won’t be able to go to the NBA and continue playing without pay for another year. Top college basketball programs like Duke and Kentucky will drool at the prospect of milking their best players’ talents to earn more money, without paying anything to them in return.