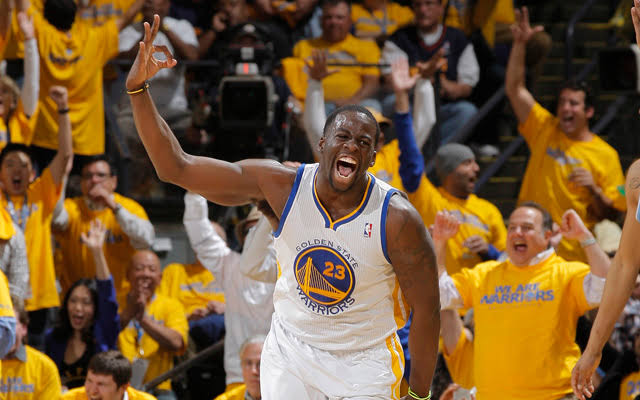 Everyone who was busy writing obituaries for the Golden State Warriors dynasty after Kevin Durant left to join the Brooklyn Nets, can rest their pens for a while now. After signing Klay Thompson to a 5 year max deal and landing budding superstar D’Angelo Russell via trade, the Golden State Warriors have also extended versatile forward Draymond Green’s contract by four years in a deal around $100 million. The agreement was first reported by ESPN who cited Green’s agent, Rich Paul of Klutch Sports as the source for it.

What did Draymond Green say about the Warriors dynasty?

After the Warriors were defeated by the Toronto Raptors in the 2019 NBA Finals, people had started speculating about the end of the Warriors dynasty. When Draymond Green was asked about it, he said: “I think everybody thinks it’s kind of the end of us. But that’s just not smart. We’re not done yet. … But, yeah, I hear a lot of that noise, `It’s the end of a run’ and all that jazz. I don’t see it happening though. We’ll be back.”

What did Steph Curry say about the Warriors going into the 2019-20 season?

Last month, Steph Curry was asked about what he felt the Warriors would do going into the next season. He said: “Our core – myself, Klay, Draymond, adding D’Angelo and a lot of hungry, young guys trying to prove themselves in the league – it will look different in terms of the lineups and things like that.But the expectations of how we play and that championship-caliber basketball, that’s always going be the motivation and the challenge.”