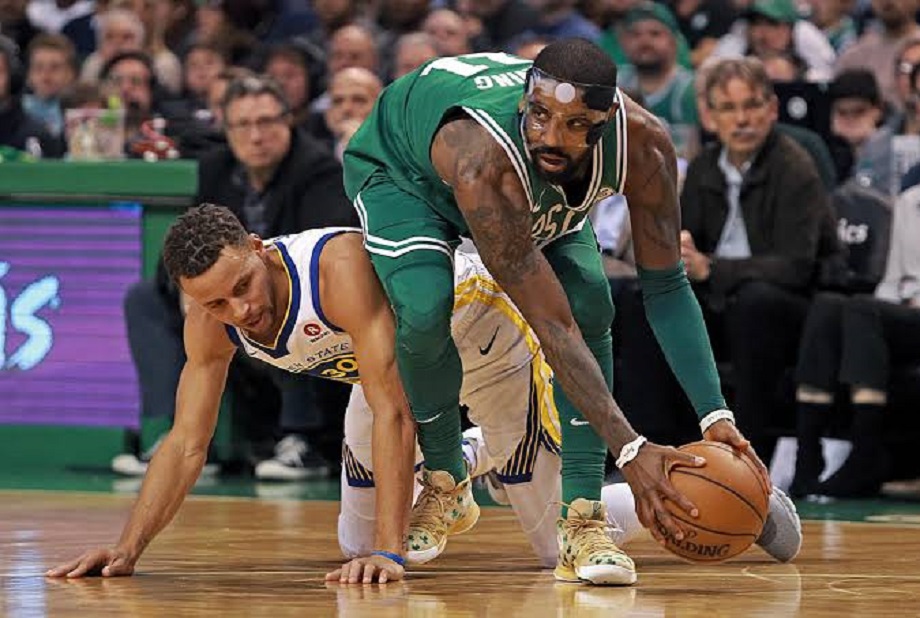 The 2018-19 NBA season has been a blast. Some pre-season rule changes have brought an offensive explosion on the court. Teams and players are scoring more points than ever. Players have been putting on a show and fans have been getting their money’s worth every single night. Kemba Walker scored 103 points over two games, Blake Griffin scored 50 points and made a spectacular game tying three, Oklahoma City Thunder struggled for 12 days to get a win, Giannis Antetokoumpo dunked over each and every person of the NBA, the Los Angeles Lakers’ early season struggles pushed LeBron James to the point of ‘breaking’ … a lot of surprising stuff has happened so far this season. The following are two of the most surprising ones:

#. Things are not Golden with the Warriors

The Golden State Warriors kicked the season off in a whirlwind. Kevin Durant, Stephen Curry and Klay Thompson took turns in terrorizing opponents with record setting nights (including the ridiculous ‘x points in y minutes while shooting z percent on a night with the ambient temperature of at least 30 degrees’ kind of records). The Warriors jumped to a league best 10-1 record before things took a turn for the worse. Team leader Stephen Curry went down with injury and some,  dare-I-say, dysfunction started showing up within the defending champs. Draymond Green and Kevin Durant had a very public verbal scuffle near the end of regulation of an overtime loss against the Los Angeles Clippers (who are somehow winning this season).

The emotionally volatile Green called Durant a b***h and asked him to leave the team as “the Warriors were winning before Durant even got there”. The Warriors front office took swift action against Green and suspended him for a game. This loss also led to a four game losing streak (longest ever since coach Steve Kerr took control of the team). Coach Kerr called it the first time that the Warriors were facing ‘the real NBA’ in four years. He also said that the team was ‘banged up spiritually’. After skidding to a lowly 2-6 record over 8 games, the Warriors have recovered somewhat and have won two games in row, including a last second win against the Sacramento Kings. Still, their season so far has raised questions about whether they will be able to cruise their way to a fourth NBA title in five years. The season which was supposed to be a foregone conclusion, suddenly seems to be more interesting and the other teams in the Western Conference can taste blood. Draymond Green is still out because of a sprained toe but their spiritual leader and offensive dynamo, Steph Curry is all set to return. That might be a sign of good things to come.

After an astounding run through the 2018 NBA Playoffs where the Boston Celtics made the Eastern Conference Finals WITHOUT superstars Kyrie Irving and Gordon Hayward, the 2018-19 season was supposed to be theirs for the taking. Irving and Hayward were going to re-join the line-up and the young studs who played their hearts out in the playoffs would have more experience under their belt. A lot of NBA analysts went as far as to pick the Boston Celtics to win it all (yes, even beating the Warriors juggernaut in the Finals).

However, the season has played out in every way except the one that was predicted. After a loss to the young Dallas Mavericks, the Celtics dropped to seventh in the Western Conference with a dreadful 10-10 record. This is definitely way worse than expected from a team which was supposed to be in command of a LeBron James-less Eastern Conference. So much worse that the Celtics are closer to landing a top draft pick in the 2019 NBA Draft than ending up on top in the 2019 NBA Finals.

The Celtics have four possible first round picks next year: the Sacramento Kings (top 1 protected), the Memphis Grizzlies (1 to 8 protected), the Los Angeles Clippers (1 to 14 protected), and their own. The other three teams are playing way better than expected, so the Celtics might end up getting all the picks. Big winners in the draft, but big losers on the court.

The problems with the Celtics are deep rooted. There isn’t just a single aspect that needs rectification. Their offence currently stinks. Brad Stevens’ ball movement system generates open looks from the three point range but the Celtics are in such a shooting slump that they will struggle to throw a coin into the Atlantic Ocean. They are shooting less than 35 percent on catch and shoot threes, way below league average. Their shots aren’t falling from a closer range either. They are shooting a paltry 61 percent from the paint. Veteran Al Horford has regressed this season as well. Gordon Hayward, who swished every shot in his training camp videos, has shot a dreadful 28 percent from three point range. His road to recovery from that horrific ankle injury last season was bound to be long and he was bound to take some time to regain his explosiveness. However, nobody expected him to lose his shooting touch to this extent.

Some things are looking positive though. Superstar point guard Kyrie Irving seems to have recovered his shooting touch after struggling at the start of the season. He is shooting at an impressive rate of over 50 percent from the field and is in the top 10 of the league’s real plus minus. Young superstar Jayson Tatum also seems to be recovering from his early shooting slump. His shooting percentage in November has gone up to 45 percent, compared to 40 percent in October.

Both of these teams were the pre-season favourites to win their conferences and clash in the NBA Finals. As things stand right now, that seems less likely than it was two months ago. However, this phase of adversity might just be the proverbial kick in the you-know-where to galvanize these teams and put them on track to dominate the NBA for the rest of the season.