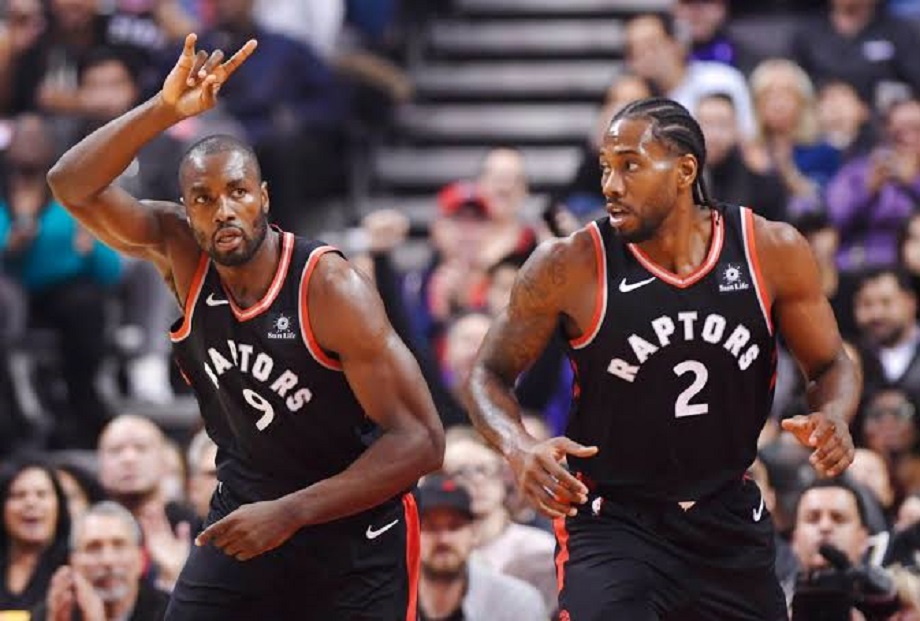 When LeBron James left the Cleveland Cavaliers to sign a four-year deal with the Los Angeles Lakers, it didn’t just signal the departure of the best player of the Eastern Conference, it was almost like the abdication of the throne. For eight straight years, LeBron James had buried a stake through the heart of every other team in the Eastern Conference. He was like a Titan whom no one could vanquish. Many teams tried, but all of them suffered the same fate. One of the most notable among the vanquished, were the Toronto Raptors. Led by perennial NBA All Stars DeMar DeRozan and Kyle Lowry, they always played very well during the regular season, usually ending up with the best record in the conference. However, they would always come up short against LeBron James in the most humiliating of ways.
However, a wind of change started blowing through the Raptors franchise once LeBron James moved out West. They traded franchise cornerstone DeMar DeRozan for disgruntled San Antonio Spurs star Kawhi Leonard. Now, DeRozan might have been a perennial All Star throughout his career, but Kawhi Leonard was one of the top 5 players in the league and a legitimate MVP candidate. Along with Leonard, the Raptors received elite 3 and D player, Danny Green.
The team has gelled together from the start and has a league best 15-4 record right now. The most recent accomplishment has been three straight wins on the road. However, despite the amazing success that the team has achieved so far in the season, there clearly is a lot of room for improvement.
Now, it might seem somewhat unfair to nitpick the flaws in a 15-4 team. However, all these years, the common refrain was, Raptors would definitely win the Eastern Conference if it weren’t for LeBron James. Well, James is gone and they have received a major upgrade in the form of Kawhi Leonard. So the 2018-19 season will definitely be the most scrutinised season in franchise history. If the team really wants to contend for a championship, it should also be ready to be scrutinised like a true championship contender.
Let’s start with the most important and obvious flaw, three point shooting, or lack there of. Over the last 4 games, the Raptors have shot a combined 42-127 from deep for a paltry 36%. Yes, the absence of Kawhi Leonard, OG Anunoby and C.J. Miles for half of those games hurt, but in this make or miss league, excuses won’t help a team win and the Raptors need to make more shots than they miss. Despite being eighth in three pointers attempted per game (33.2), they are a dreadful 24th out of 30 in three point efficiency, making only 33.8 percent of their shots from deep.
Raptors coach Nick Nurse had this to say: “I think the quality of the threes is pretty high. There’s some, there’s a couple every game that you kind of say, ‘That one I maybe wouldn’t have taken,’ but I think the quality of them is pretty good. And that’s all we should be worried about: Each trip down are we taking the shots that we’re looking for.”
Getting players off the injury list and back to full health will definitely help with this problem. Miles is expected to be back in the line-up for the home game against Washington. However, Kawhi Leonard’s recovery process doesn’t allow him to play back to back games. Fred VanVleet and OG Anunoby are also battling Nagging injuries. The return of these key players is going to give a significant boost to the Raptors.
Star point guard Kyle Lowry can also be expected to recover from his recent shooting slump. After having a really hot start to the season, he only shot 9 of 32 (28 percent) over the first three games of their four game road trip.
Coach Nurse chimed in on Lowry’s slump: “I think that stuff usually levels out. “Career numbers are career numbers and guys usually will go up and down, comparatively and get back to who they are.”
Winning three out of four road games with an injury depleted roster is no small feat, and the Raptors squad should be commended for that. However, everyone in the NBA knows that the playoffs are a totally different animal compared to the regular season. The margin for error becomes a lot slimmer and teams need their stars to shine. Kawhi Leonard can’t play the second half of back to backs yet, however, the Raptors are 5-0 in them. This sounds great for the regular season and might help the Raptors in locking up the first seed in the conference. However, they have NO chance of winning in the playoffs if Leonard’s availability remains questionable every now and then.
The Raptors have the schedule in their favour as they don’t have any back-to-back game until December 11th. Which means Kawhi Leonard should be able to suit up for every game till then.
Coach Nurse seemed very optimistic about the Kawhi Leonard situation: “I will say this, there’s been zero issues as far as any, too much minutes, or too long a run. He feels good, so I think the early plan here through 18, 20 games is going really well.”
Overall, the season has been a success for the Raptors so far. They have been winning against strong opposition, in hostile environments and haven’t really displayed any chemistry issues. However, to be a champion, a team has to go above and beyond just being good. Even the tiniest of chInks need to be ironed out of their armour. The Raptors’ moment of glory might be imminent, but they have to go out and seize it. The North should remember its shortcomings from the past and ensure that such mistakes aren’t repeated this time around. As far as ceilings go, they are already on top of the NBA in November, the next goal has to be to end up on top of it in June.