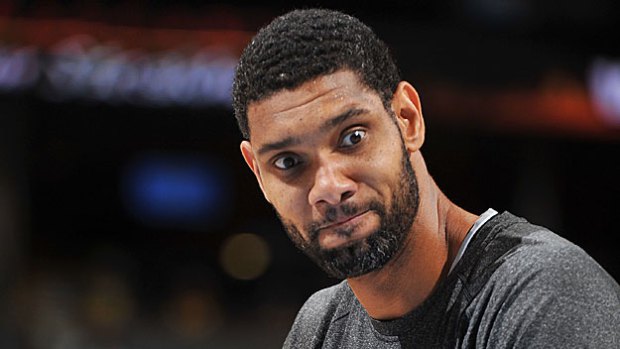 For a majority of the San Antonio Spurs fans, Tim Duncan is the Spurs and the Spurs are Tim Duncan. After being drafted first overall by the Spurs in the 1997 NBA Draft, Duncan went on to have a legendary, 19 year career with the Spurs where he won five NBA Championships, three Finals MVPs, two Regular Season MVPs, was named to 15 All Star teams, 15 All NBA teams and 15 All Defensive teams. He won at least 50 games in all of his seasons as a pro except the lockout shortened 1998-1999 NBA season which only had 50 games in total. He is widely considered the best power forward in NBA history and one of the 10 greatest NBA players of all time.

Duncan has also become a sort of folk hero in San Antonio where he is affectionately known by many nicknames such as The Big Fundamental and Old Man River Walk. Duncan’s long standing professional relationship with Spurs coach Gregg Popovich has been dubbed ‘the greatest love story in sports’. His retirement after the 2016 playoffs was a sad day for the San Antonio fans and they have really missed him on the court ever since. However, there is great news for Spurs nation as the team management just announced that Tim Duncan will be joining Gregg Popovich’s staff as the team’s assistant head coach. Gregg Popovich joked about the 43 year old Duncan joining his crew: “It is only fitting, that after I served loyally for 19 years as Tim Duncan’s assistant, that he returns the favor.”