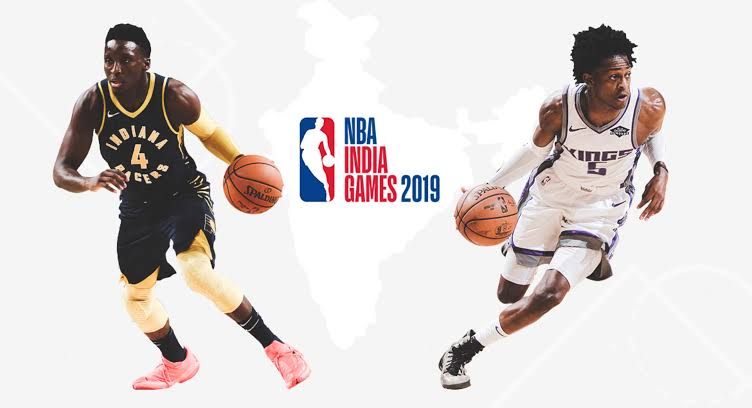 As the NBA’s popularity grows worldwide, India with its massive population, is the league’s next frontier. NBA already generates a lot of revenue from Asian countries such as China, Singapore and the Philippines. Getting into the Indian market is high on the NBA’s priority list. After successfully running Junior NBA Academies and signing broadcast deals for regular telecast of NBA games in India, the league is bringing its teams for the first time in India for pre-season games in Mumbai.

When will the NBA Pre-season games be held in India?

Dubbed the NBA India Games 2019, the event will feature the Sacramento Kings and Indiana Pacers playing two pre-season games at the Dome, NSCI, SVP Stadium in Mumbai on October 4th and October 5th. Diane Gotua, the Managing Director of NBA India had this to say:  The league has been working very closely with the Sacramento Kings and Indiana Pacers to bring the authentic NBA experience to fans in India this October,”

“Our first-ever NBA games in India will celebrate the continued growth of basketball in India and the passionate fans across the country who support basketball and the NBA year-round,” Gotua added.

When can the tickets for NBA India Games, Mumbai be purchased?

As per the NBA’s official press release, registration for the tickets has started and will continue till August 11th. Tickets for the event will go on sale from August 13th onwards. Only registered customers can buy the tickets. There is going to be a massive demand for the tickets and they are expected to sell out very quickly. You can register by clicking here: https://in.bookmyshow.com/sports/nba-india-tickets/ET00105165

Richard Madden: Biography of the Star from Game of Thrones and Bodyguard