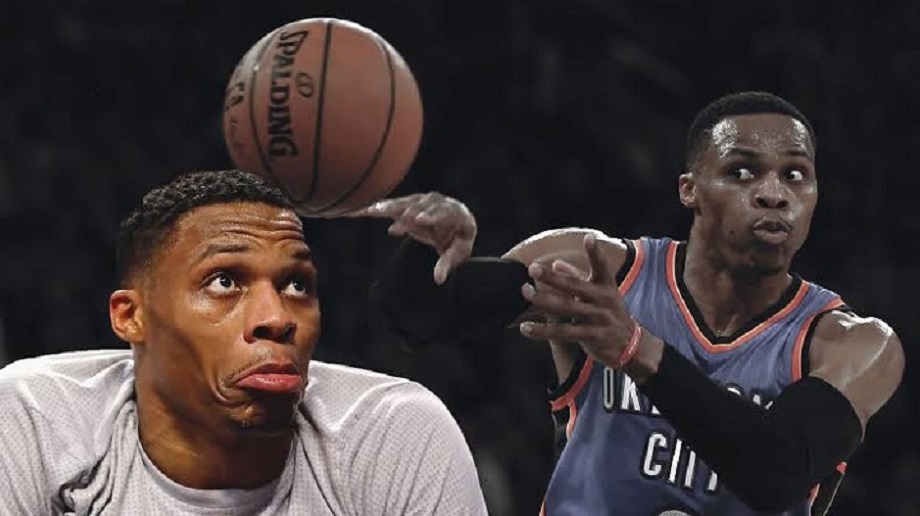 The NBA is the most player-driven sports league in the world.  Records and stats, though ridiculously tracked these days (check out ESPN’s ‘x points in y minutes while the wind speed outside the arena was z m/sec’ type of stats to know what I am talking about), don’t really mean that much to players and fans alike. The only thing that most players and fans care about (or claim to) are max contracts, max endorsement deals and max championship rings. However, when data hungry analysts are keeping track of how many times in a season the player plays the game with a bladder that is 12.34% full, it’s only natural that some players will end up having the dubious distinction of holding records that they wish they never held. Here are three NBA records that no player wants to have.

Russell Westbrook is one of the most explosive and exciting players to have ever played in the NBA. His relentless drive, combined with his nuclear athleticism makes him one of the most exciting players to watch in NBA history. No one plays harder or dunks harder than Westbrook. Since old pal Kevin Durant left him and the Oklahoma City Thunder to join the Golden State Warriors to form a world conquering force more dominant than Genghis Khan’s Mongol army, Westbrook has become the undisputed alpha of the Thunder pack. He had back to back seasons where he averaged a triple double. A man of many talents, Westbrook can score, rebound the ball, pass the ball, be difficult to play with and cough the ball back to the other team at an alarming rate.
Over his career, Westbrook has averaged 3.92 turnovers per game. So that’s almost four times per game that Westbrook gifts the ball away to the other team. However, going by the people behind him in the list, he is in illustrious company. Second is Magic Johnson with 3.87 turnovers per game, followed by Isaiah Thomas with 3.76, followed by Mr. Practice himself, Allen Iverson with 3.57. All of them are Hall of Famers.  Infact, 8 out of the top 10 turnover machines in NBA history are in the Hall of Fame. Westbrook is bound to become the 9th one. However, his carelessness with the ball has caused some gut wrenching losses to the Thunder team.

On December 29th, 1997, playing against the defending champions Chicago Bulls, the Dallas Mavericks sent Wells on the court to do nothing but foul Dennis Rodman and put him on the free throw line. Wells, playing in his first (and only) NBA season, dedicated himself fully to this task as he racked up 6 fouls and was out of the game in 3 minutes! Coach Don Nelson’s strategy completely backfired and Rodman went 9 for 12 from the line, leading the Bulls to a 111-105 victory. On a larger scale of things, Wells averaged 3.3 points per game for the season, the Mavericks were terrible and the Bulls won their 5th title in 7 years.

Every body has had a bad day at work. It just happens, nobody can avoid it. Tim Hardaway however, had a really bad day in 1991 while playing for the Golden State Warriors against the Minnesota Timberwolves. The innovator of the ‘U Tep Two Step/killer crossover’ struggled mightily from the field. He was never known for his shooting skills, relying mainly on his amazing ball handling skills and the ability to get to the basket at well. However on that fateful night, even if he had tried to toss a coin off the Golden Gate Bridge, it wouldn’t have landed in the San Francisco Bay. He hoisted 17 shots and missed each and every one of them. He missed all kinds of shots throughout this (un)glorious night. Layups, baseline jumpers, you name it, Hardaway missed it. Despite Hardaway laying enough bricks to help the Warriors build a new stadium, the team somehow managed to win the game. A sweet icing on a cake made of cardboard and sawdust.