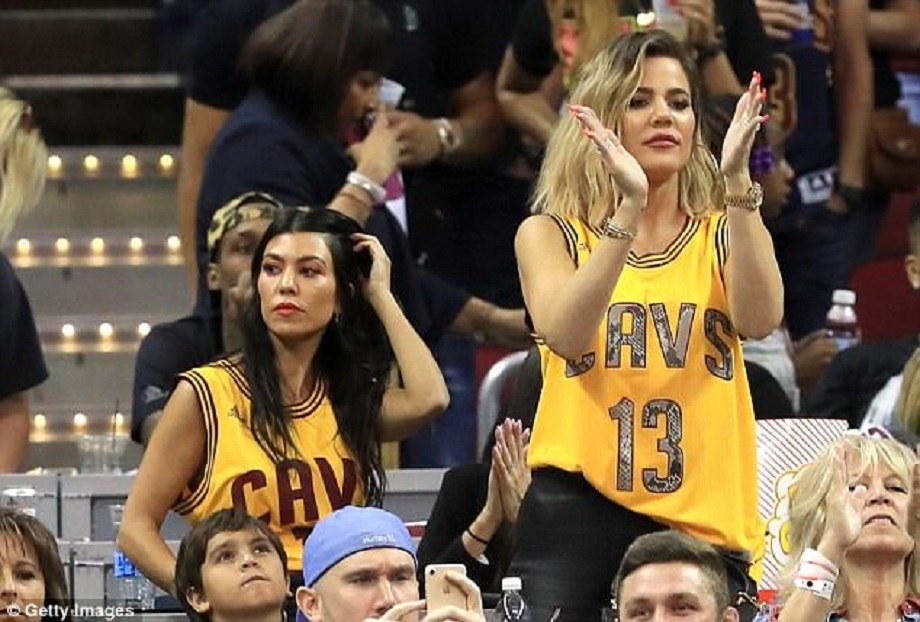 The world of NBA is rife with superstition. With such astronomical levels of talent and money in play, every small thing matters. A small injury to a big player can cause a team’s fortunes to nosedive, the same injury can result in the star player signing for a veteran’s minimum than a ‘Supermax’ contract. When such small things have the power to cast very large shadows over players’ careers, a tendency to believe in superstition and curses is quite normal. There are quite a few famous curses in the NBA. There’s the Stephen A Smith curse where his pick to win the NBA Finals lost for six straight seasons, the Lil’ B curse, the Clippers curse and the LeBron James and Alabama Crimson Tide championship curse, to name a few. However, there’s no curse more devastating to an NBA player’s career than the Kardashian Curse. The most notorious Kardashian in this case is Khloe Kardashian. Let’s take a look at 3 players whose careers were destroyed by the Kardashian Curse.

In 2002, McCants was the top high school basketball player in America. A natural born scorer, McCants could do everything on the court, and had the talent to become a dominant shooting guard in the NBA. Drafted 14th overall in 2005, his career seemed promising. Suddenly, it all went downhill. In his second year, he suffered a major knee injury and underwent microfracture surgery, missing half the season in the process. In his third year, he bounced back and achieved career highs in all major statistical categories.
Unfortunately, it didn’t last long as in the ensuing off season, McCants started dating Khloe Kardashian. It was the first publicized relationship between an NBA player and a Kardashian and the relationship went on to consume his entire identity. They dated for seven months and McCants’ career was over as soon as his relationship ended. In a 2017 interview, McCants stated that his biggest regret was dating Khloe Kardashian as it gave people reasons to doubt his commitment towards the NBA. McCants said: “Without that situation in play, I am a $60-70 million player.”

The relationship between Odom and Khloe Kardashian was very turbulent. They started dating in September 2009. It was a very highly publicized relationship. Odom became a huge part of the reality show Keeping Up With The Kardashians as well. Even his NBA career was going well as he won his second championship.
About two years into the relationship, things started going downhill, fast. It started with Odom’s trade to the Dallas Mavericks where he had the worst season of his career. Aside from struggling physically, Odom also seemed to be mentally detached from the game. He played his final NBA game in 2013, the same year that Khloe Kardashian filed for divorce. The series of events pushed Odom down on a drug fuelled spiral. Two years later, he almost died after overdosing on cocaine in a Nevada brothel. By the time he recovered, his NBA career was over. The once versatile forward’s career had been reduced to a tragic ‘fall from grace’ stories.

On October 22nd, 2015, the Cleveland Cavaliers signed Tristan Thompson to a 5 year, $82 million deal. On June 19th, 2016, the Cleveland Cavaliers won their first ever NBA Championship in a historic series where they came back from a 1-3 deficit to win the series 4-3. Aside from the excellent play from superstars LeBron James and Kyrie Irving, the play of Tristan Thompson was also highly applauded. His offensive rebounding and relentless energy on the defensive end was considered a major factor in the Cavs title run.
Within two months of winning the title, Thompson started dating Khloe Kardashian. And his NBA career was never the same. He played badly throughout the season and had a dreadful showing in the 2017 NBA Finals. Despite being known for his offensive rebounding, the 6’11” Thompson was out-rebounded by 6’3” Steph Curry. The same story repeated itself in the following season and Thompson’s game had become so bad that he was struggling to get playing time. Whenever coach Tyronn Lie put him on the floor, Thompson didn’t really do much, leading to him spending the majority of his time on the bench. The once dominant rebounder and defensive fulcrum of the Cavs team, had become a joke. Even LeBron James expressed his displeasure at Thompson dating a Kardashian as he wanted to avoid the drama associated with members of that family. After getting Khloe Kardashian pregnant, Thompson was caught cheating on her with an Instagram model, leading to the Cavaliers fans booing him during home games.