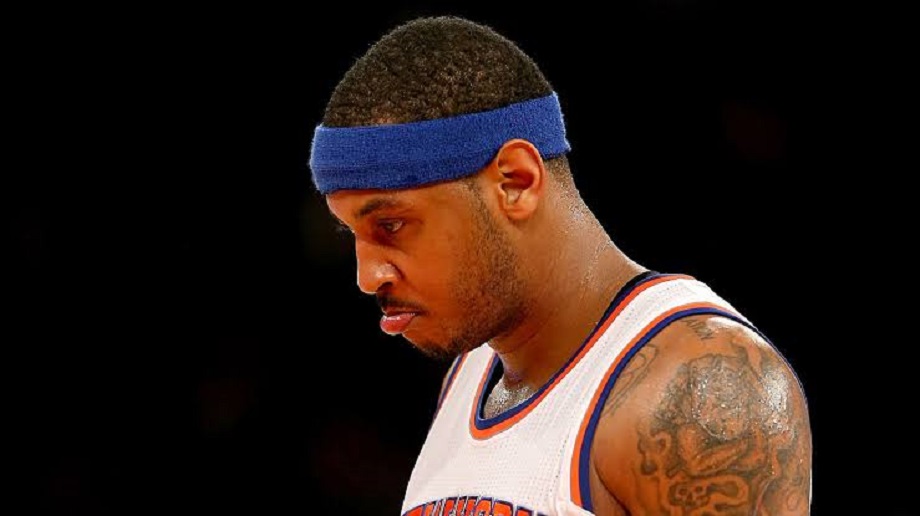 The glorious career of Carmelo Anthony seems to be nearing its not-so-glorious end. After 15 years of playing professional basketball at a very high level, he seems to have run out of a place to call his NBA home. The supposed ‘Big 3′ of Anthony, Russell Westbrook and Paul George clearly failed to work out and the Oklahoma City Thunder bowed out in the first round of the playoffs. During the off-season, the Thunder organization traded Anthony to the Atlanta Hawks in order to save astronomical luxury tax payments. The Atlanta Hawks went on to waive him from their squad and Anthony started hunting for a new team after clearing waivers. The James Harden and Chris Paul led Houston Rockets emerged as the preferred destination for Anthony and many believed that the beleaguered superstar will be able to resurrect his career (to an extent) in Houston and might even win a championship. Afterall, the Rockets did come within one game of beating the Golden State Warriors in last season’s Western Conference Finals.
However, even the Houston experiment failed to yield results. Anthony had failed to get along with current Rockets coach Mike D’Antoni during his days with the New York Knicks as well. After averaging 13.4 points and 5.4 rebounds through 10 games into the regular season, 34 year old Anthony was released from the Rockets and he has been without a team since then.
ESPN’s Brian Windhorst reported on the popular sports show The Jump that a lot of league executives ‘loathe’ Anthony’s defensive abilities and believe that he has played his last game in the NBA. Rachel Nichols, hostess of The Jump, tweeted this in response: “Team execs have told Brian Windhorst that Carmelo Anthony has likely played his last NBA game, but what about the teams whose primary interest isn’t, um, well, winning right now? Melo is a popular locker room guy, fan fave & if his defense is lacking, maybe a front office won’t mind?”
Former NBA superstar Tracy McGrady however, believes that Carmelo Anthony should retire. He chimed in with his opinion on The Jump: I honestly think Melo should retire, I really do. I don’t want him to go through another situation like this, and people are just pouring negativity on this man’s legacy. I really think, because it hasn’t worked out the last two teams, just go ahead and — you have a Hall of Fame career — just go ahead and let it go.’’