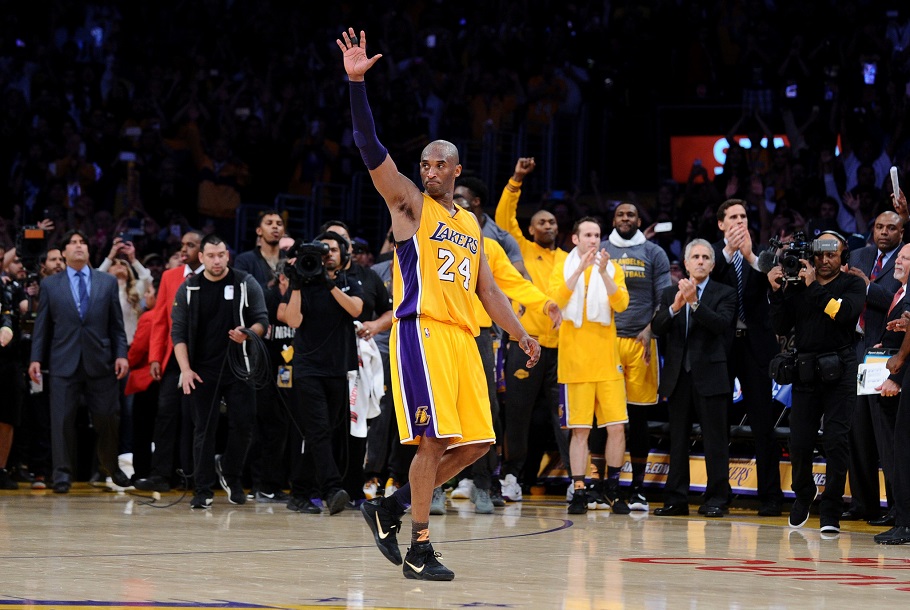 As Kobe Bryant‘s career transitioned into its final chapter, the conditions were anything but ideal. After being the force majeure of the NBA in the early part of the 2000s, the Los Angeles Lakers had just become a group of guys who played alongside Kobe Bryant. There was a time when the second best player on the Lakers was Smush Parker. Shaquille O’Neal had left for the Miami Heat and won a championship with Dwayne Wade over there. Back in the West, the San Antonio Spurs’ Big Three of Tim Duncan, Manu Ginobili and Tony Parker had firmly established themselves as the conference powerhouse. Steve Nash and Amar’e Stoudemire’s Phoenix Suns had established themselves as the toughest opponent for the Spurs. The Lakers had become an afterthought and Kobe Bryant grew so frustrated with the team that he asked for a trade. He was also mired in controversy on the personal front after being involved in a sexual assault lawsuit.
However, redemption and recovery was on its way. It started with bonafide bust Kwame Brown being shipped out for perennial 19 and 9 guy, Pau Gasol of the Memphis Grizzlies. Young center Andrew Bynum started showing great promise and the ‘Swiss army knife’ type versatility of Lamar Odom also started becoming more visible. To top it all off, Kobe Bryant changed his number from 8 to 24 and the Lakers were primed to have a successful stint.
Between 2007 and 2010, the Lakers reached three straight NBA Finals, winning two of them. The titles established Kobe Bryant’s ability to lead a team to championship glory. Prior to these titles, a lot of people believed that Kobe  Bryant’s first three NBA championships were a result of Shaquille O’Neal’s greatness and Bryant only played second fiddle. As far as stats go, during the 2007 season, Bryant scored 50, 60, 50 and 65 points in four consecutive games.
After the titles, injuries started piling up and Bryant’s abilities slowly started eroding. However, he still continued to wow people with some performances for the ages. Let’s take a look at some of his best games from this era.

The 2006-2007 NBA season wasn’t particularly successful for the Lakers. They won only 42 games and finished the season with the seventh seed and were promptly bounced out of the playoffs by the Phoenix Suns by a 4-1 margin. However, Bryant won the scoring title with an average of 31.6 points per game. No game showcased Bryant’s scoring abilities like this one. He shot 23 of 39 from the field, on the way to 65 points. He even made the game tying shot to help the Lakers achieve a come-from- behind 116-111 victory.

Madison Square Garden is famously known as the Mecca of Basketball. Some of the greatest players of all time have had their greatest games in that arena. Michael Jordan had his famous ‘double nickel’ game where he dropped 55 points against the Knicks. Reggie Miller also had some of his most infamously clutch performances in that arena. So it was only fitting that Kobe Bryant joined that illustrious list of players.
Heading into this game, the Lakers were red hot with a 37-9 record and Bryant brought all the heat down on the Knicks. He shot 19 of 31 from the field, made all 20 of his free throws and scored 61 points for the game. His performance was so amazing that the Knicks fans were chanting ‘MVP MVP MVP’ at the end of the game, for a player from the opposing team.

This was the final game of Kobe Bryant’s illustrious NBA career. Age and attrition has taken its toll and Bryant was just a shell of himself. He had announced his retirement from the sport earlier in the season and every game after that announcement had become a celebration of his career. Bryant didn’t really perform very well during the season so nobody was ready for what happened in the final game of the season.
Before the start of the game, he admitted that he was fighting his emotions and consequently had a shaky start to the game. However, he recovered well and proceeded to drop 60 points for the game. And it wasn’t just any 60 point game. In typical Kobe Bryant fashion, Kobe Bryant scored 13 unanswered points in the last 2:46 of the game to overturn a 10 point deficit and lead his team to a 101-96 victory. It was one of the rare high points of the season for the Lakers and one of the best possible ways for an all time great to make his final exit from the game.