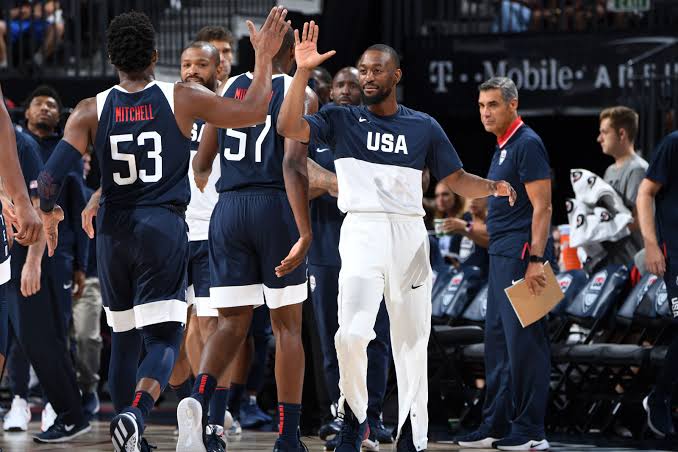 This exhibition basketball game took place inside a very unique stadium. Melbourne’s Marvel Stadium usually holds cricket and soccer games. On this occasion, it featured a raised floor which hosted the basketball game. Team USA coach Gregg Popovich was a little surprised by the court initially. He felt like he was on a movie set. He said: “I kept looking behind me because I knew I was going to fall off the stage.” Popovich’s movie definitely had a happy ending as USA prevailed 102-86 over Australia at the end of four quarters. Australia took a 45-44 lead near the beginning of the second half but USA scored 13 unanswered points and never looked back.

How many people came to watch the game?

In front of a crowd of 51,218 , apparently the largest crowd ever for a basketball game in Australia, Kemba Walker led the USA with 23 points. Myles Turner had a double double with 15 points and 14 rebounds. The Marvel Stadium’s roof was shut and all the fans were offered floor seats, 20 rows of them in total. Hollywood star Russell Crowe was also in attendance. Despite the immense crowd, some people were issued refunds because the tickets were sold featuring LeBron James and Steph Curry in the ads. Those two are among a host of NBA stars who dropped out of the squad to prepare for the upcoming NBA season.