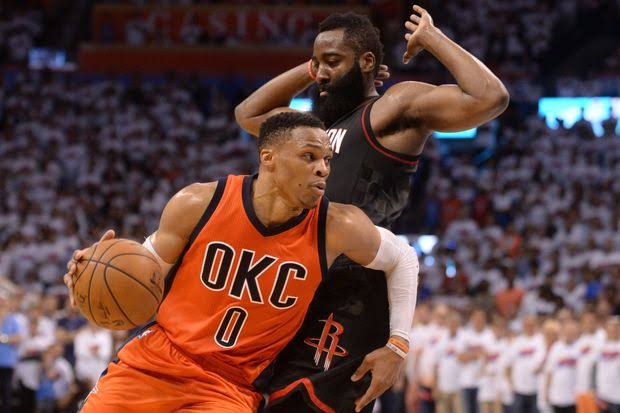 The Oklahoma City Thunder officially pulled the curtains down over a seminal era of their short lived existence. After reaching the 2012 NBA Finals with a trio of future league MVPs Kevin Durant, James Harden and Russell Westbrook, the Thunder eventually lost the tag of the ‘team of the future’ as all the young superstars left one by one. For the last three seasons, point guard Russell Westbrook had been the only member from that illustrious group who was still wearing a Thunder jersey. Thursday onwards, he won’t be doing thar anymore as the Thunder traded him to the Houston Rockets in exchange for Chris Paul and some draft picks.

The trade scenario was a consequence of Paul George requesting (and getting) a trade from the Thunder to join Kawhi Leonard and the Los Angeles Clippers. After that move, it made no sense for the Thunder to retain an expensive superstar like Westbrook while they were in rebuild mode. Westbrook and his agent were also actively looking for a trade and they eventually succeeded with the Houston Rockets. Westbrook will join his former teammate James Harden in Houston. Both of these players are extremely ball dominant and have a penchant for ridiculously high usage and insane stat stuffing. Nobody really knows how the two can play, let alone win together. Can the Rockets get to the next level with this trade? Only time will tell. However, the Thunder’s honeymoon phase with multiple superstars in a small market is well and truly over and now they must learn how to play without stars and still stay afloat in the NBA.

Eva Ekeblad: The Woman Who Changed How We Eat And Drink