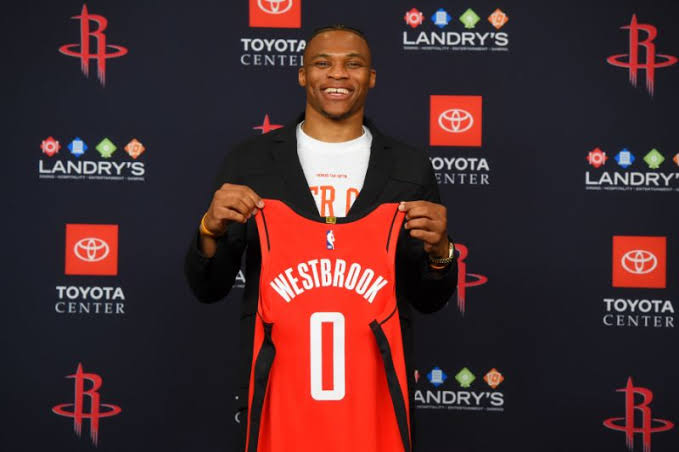 2017 NBA MVP and the only player in history to average a triple double for three seasons, Russell Westbrook was officially introduced as a member of the Houston Rockets by Rockets GM Daryl Morey. Westbrook, who was drafted by the Oklahoma City Thunder and spent the first 11 years of his career there, will join former teammate James Harden and hopefully contend for a championship. However, a lot of people have questioned whether Westbrook and Harden, two of the most ball dominant isolation players in the NBA, will be able to co-exist on the court. They are both pretty much ineffective off the ball and usually lead the league in usage rates. Westbrook however, spoke about understanding the value of making certain sacrifices to achieve a greater goal. He spoke about Harden and his future as his teammate:

“We’ve been friends for many, many years. Since I was 10, actually. So we’ve played with each other in Oklahoma City, and to be able to win something, you’ve got to be willing to sacrifice some parts of your game, and we both understand that.

We both understand that we have one common goal and that’s to win a championship. We understand what we have to do. I’m not worried about it, and I know James isn’t worried about it. I can play off the ball; I don’t have to touch the ball to impact the game. That’s the best way for me to come in and impact this team. I can do other things on the floor to make sure we have a better chance to win.”