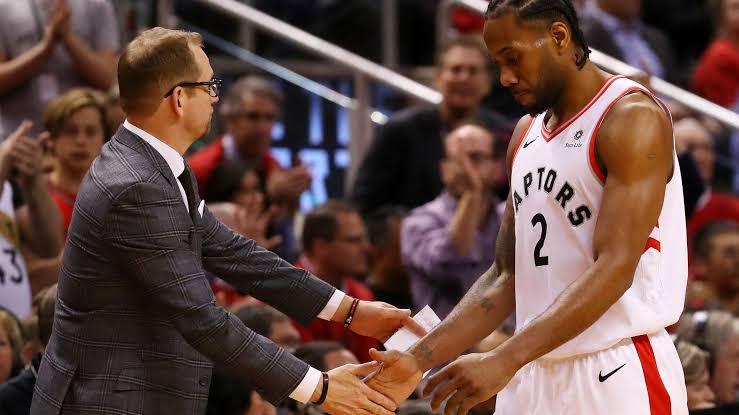 Kawhi Leonard just spent one season with the Toronto Raptors, but at the end of that season, he led the team (and the country of Canada) to its first ever NBA championship. However, during free agency, Leonard decided to take his talents to his hometown team, the Los Angeles Clippers. It was obviously a big loss for the Raptors, who went from a possible dynasty to a mid-level playoff team, led by emerging star Pascal Siakam. However, the head coach of the Raptors, Nick Nurse isn’t angry or vengeful towards Leonard for leaving. Speaking to reporters at the Las Vegas Summer League, Nurse said:

“I think you can’t blame a guy for wanting to go home. That’s what he texted me today. ‘I’m going home.’ And I just said, ‘You’ve changed a lot of lives, man, by what you’ve accomplished in Toronto. Mine especially.’ And thanked him for what he did, and we’ll look to the future, and we’ll look to [win a title] again.

Nurse was also happy about his time spent while coaching Leonard. He spoke of his experience as The Klaw’s coach:

It’s certainly disappointing. I think, first of all, he’s a great person. He was unbelievably fun to coach, just locked in and loaded and ready to go. People would ask me, ‘What was it like coaching him?’ And I always said the best thing was I got to stand there on the courtside and watch this guy go to work. That was something that I’ll never forget. Now we got to go kick his ass.”