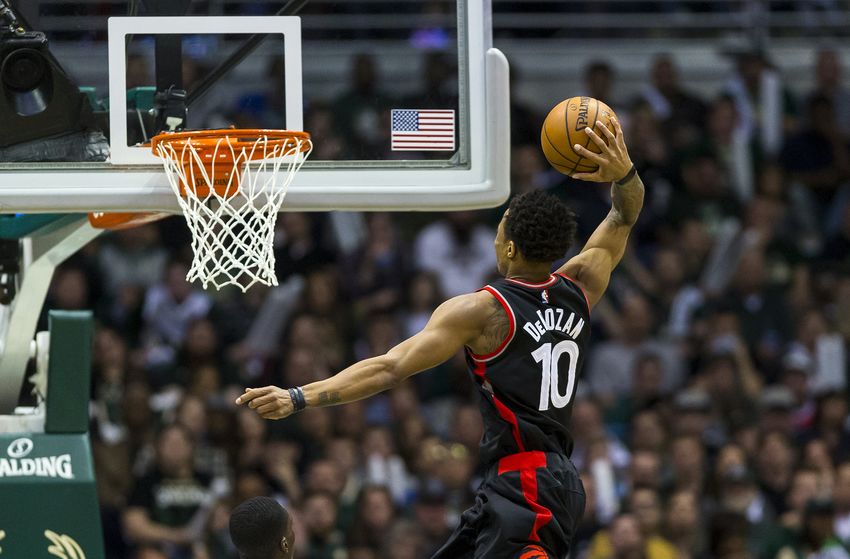 Demar DeRozan proved once again why he is the leader of the North as he stuns the Washington Wizards after securing a 108-98 victory at the first round of the NBA 2017-18 Playoffs. The top-seeded Raptors have regained their dominance over the 8th seeded Wizards. In a tense Game 5, Toronto managed to outlast Washington on Wednesday to take a 3-2 series lead. DeMar DeRozan was incredible, providing a game-high 32 points.
As for the Wizards, they’re now in survival mode. One more loss and their season is over. John Wall has been outstanding, and Bradley Beal finally broke out of his funk. This Wizards team isn’t your typical No. 8 seed, so it will be interesting to see if they can turn into a real threat to upset the No. 1 Raptors.
Toronto can finish the series on a winning note if they just continue doing what they’ve done all season. The Raptors have been the best team in the East all season long. Kyle Lowry and DeMar DeRozan have done their usual work and the bench has been spectacular. As long as they trust in what has gotten them here and don’t revert to bad habits when things get tough, they should be fine. 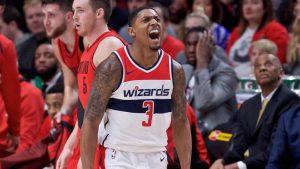 Washington wins if the “Playoff Raptors” show up and John Wall plays like an All-Star. Toronto has had a habit in the past of no-showing in the playoffs. If Lowry and DeRozan aren’t up to their usual best, and the Raptors’ bench isn’t ready for the moment, then the Wizards are talented enough to make this a series. But they’ll need Wall to step up and play like the All-Star version of himself.

NBA Playoffs: Russell Westbrook and Paul George explode against Jazz to save their Championship run