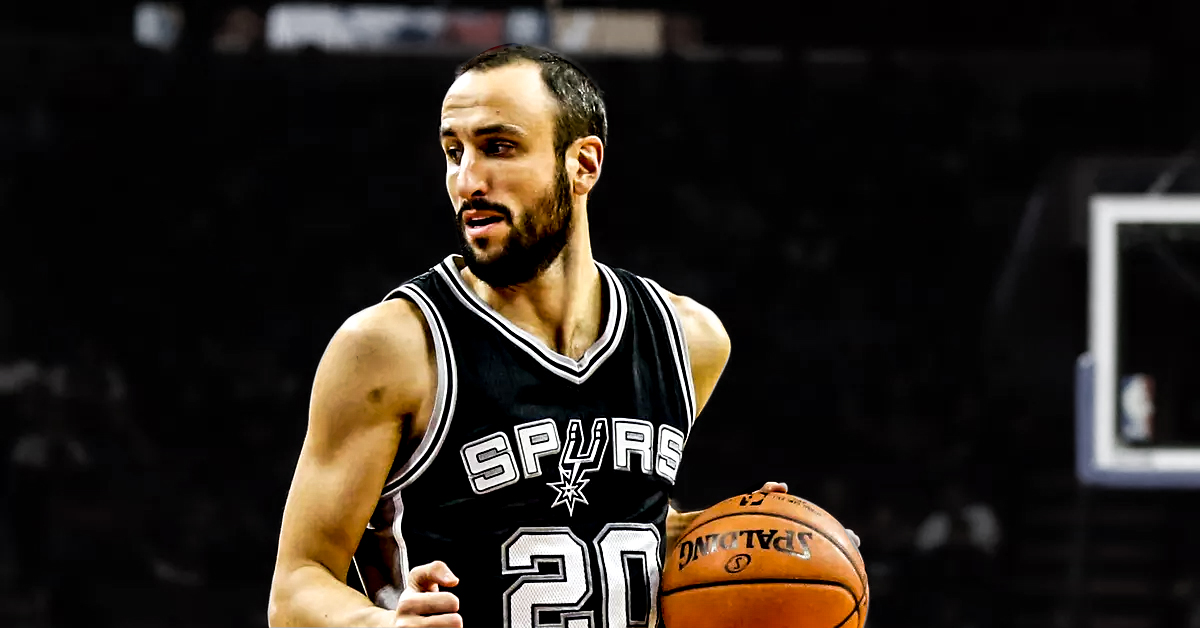 As the Golden State Warriors take a hard fought fought 99-91 victory over the San Antonio Spurs in Game 5 of the first round of the NBA 2017-18 Playoffs and thus eliminating the Spurs from the Championship run. San Antonio missed their leader and Head Coach Gregg Popovich who lost his wife last weekend and wasn’t able to join his team in the last two games. This loss can also very well mean the end of the San Antonio Spur’s veteran Manu Ginobili’s NBA Career, who at 41 years of age is still playing with all his heart and never give up attitude. Ginobili hasn’t made any official statement yet but basketball experts from all over the world think that this might have very well been his last season and today his last game.
The Argentine legend, who will turn 41 in July, said after the Spurs suffered a season-ending 99-91 loss to the Warriors in Game 5 of their first round series the same thing he said last week: that he will take time this summer to contemplate his future before making a decision about whether to return for a 17th NBA season.

The Golden State Warriors made it far, far more interesting than they would’ve liked. But, in the end, they managed to survive a late comeback by the San Antonio Spurs to emerge with a 99-91 victory –and, with it, the right to advance to the second round of the NBA playoffs, where they’ll face the New Orleans Pelicans.

The Warriors saw their lead reduced to two points when LaMarcus Aldridge made a pair of free throws inside the final minute to cap a brilliant night with 30 points and 12 rebounds. Kevin Durant, though, came back and buried a jumper from the top of the key to extend Golden State’s lead to four, and ensured the Warriors would emerge from this game – and series – victorious.

Now the focus will shift to how the Warriors match up with the Pelicans – and to whether Manu Ginobili and Kawhi Leonard will be back in San Antonio next season – although for two very different reasons.

Turn your chair : You will find someone to Thank!

At least getting some updates on Basketball game through this one