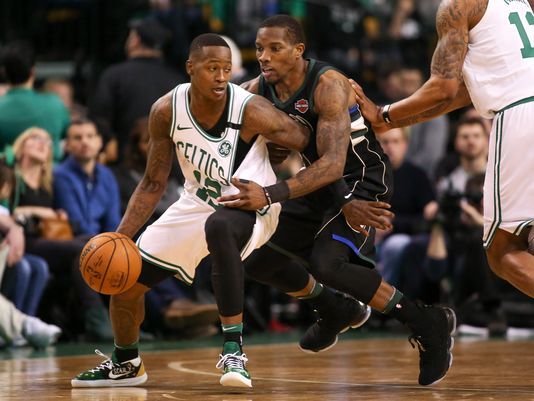 The Boston Celtics cruise to an easy Game 7 win against the Milwaukee Bucks outscoring them 112-96 in the first round of the NBA 2017-18 Playoffs. Celtic’s guard Terry Rozier has risen up as a prolific scorer in the NBA Playoffs, he had 26 points to go along with 9 assists and 6 rebounds where as the veteran centre Al Horford had 26 points and 8 rebounds as well. Rookie Jayson Tatum impressed with 20 points. After missing Gordon Hayward for an entire season and then missing their star point guard Kyrie Irving just before the playoffs, Boston wasn’t the favourites to win the series but it was Head Coach Brad Stevens relentless hard work on the young team that helped them seal this series.

Terry Rozier got the last laugh in this series. After going up 2-0 against the Bucks, Eric Bledsoeclaimed he did not know who Rozier was. It was an interesting comment to make after Rozier and the Celtics had cooked the Bucks at home for two days.

But then the Bucks fought back and pushed this series to seven games. 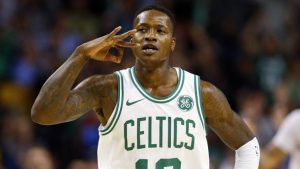 In Game 7, it was all Terry Rozier. He finished the night with 26 points, six rebounds, nine assists, and five three-pointers. He was extremely instrumental in the Celtics fourth quarter run, at one point scoring ten straight points for Boston.

The Celtics played this game even more shorthanded than normal after Jaylen Brown suffered a hamstring issue in the first half. It could have spelled trouble for a team that has already suffered so many injuries, but it did not. Not one bit.

Now we’ll head to Round 2 where the Celtics will matchup with their old rival in the Philadelphia 76ers. Bring on the basketball.

Wanna! Some Extra Money on Savings Account? Here's How?

Joel Embiid returns and the masked 'Process' begins for the Philadelphia 76ers in the NBA Playoffs.

Because of this article we are getting regular updates!