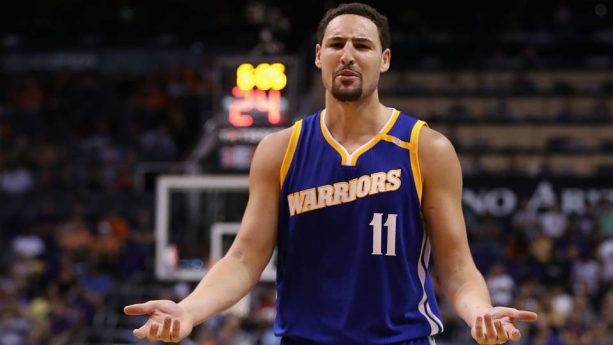 As the chattering about the astronomical amount of money being paid out to NBA Players in Free Agency grows louder, new anonymous quotes keep coming out everyday. This shouldn’t come as a surprise when a total of $3 billion worth of deals were signed during free agency. When so much money moves, lips move as well. While some players did end up signing deals which might end up becoming the proverbial ‘poison pills’ in the future, the 5 year, $190 million deal signed by Golden State Warriors superstar Klay Thompson is surely a no-brainer and, one would expect, beyond criticism. After all, not only has Thompson become one of the greatest shooters ever, he is also one of the league’s best perimeter defenders and an ironman who has rarely missed games because of injury, until his ACL tear in Game 6 of the 2019 NBA Finals that is. Thompson is expected to miss about half to two-thirds of the 2019-2020 NBA season as a result of that injury. Since his game is more dependent on skill than athleticism, he can be expected to be at full strength once he makes his return.

Because of all the factors mentioned above, the max contract looks like the right decision made by the Warriors. However, when Bleacher Report’s Ric Bucher spoke to GMs and scouts all over the league, one Western Conference GM wasn’t impressed by how Thompson is ‘just focused on basketball’. He said this about Thompson: “He’s a good player, but he’s not a leader. He just shows up and hoops.”

‘Showing up and hooping’ doesn’t sound like a bad personality trait to be honest. Playing through numerous injuries and coming out to hit free throws after tearing his ACL are distinct signs of leadership as well. Thompson is a player without baggage who leaves it all on the floor and never creates off-court distractions. These are traits that should be celebrated, not criticised.