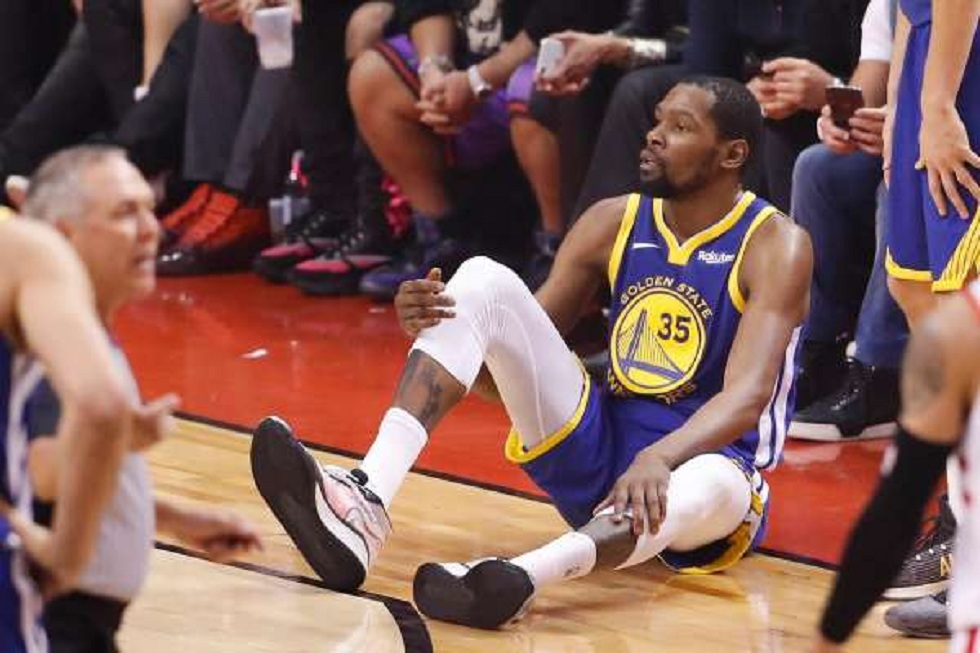 What happened to Kevin Durant in the NBA Finals?

Since he left the Golden State Warriors for the Brooklyn Nets during the 2019 NBA Free Agency, Kevin Durant sat for his first public interview with Chris Haynes of Yahoo Sports. Durant opened up about various topics, the most crucial one being about the role the Golden State Warriors management played in getting him back on the court for Game 5 of the NBA. Durant played for a little over 10 minutes and scored 11 points before tearing his Achilles tendon and being ruled out for the rest of the NBA Finals and almost the entirety of the upcoming 2019-20 NBA season. Durant clarified that the decision to get back on the court was entirely his own and the Warriors never pressurized him. Durant said:

“I heard the Warriors pressured me into getting back. Nobody never said a word to me during rehab as I was coming back. It was only me and [director of sports medicine and performance] Rick [Celebrini] working out every day. Right when the series started, I targeted Game 5. Hell, nah. It just happened. It’s basketball. S— happens. Nobody was responsible for it. It was just the game. We just need to move on from that s— because I’m going to be back playing.”

Seven Tips on How to Improve Your Credit Score Quickly