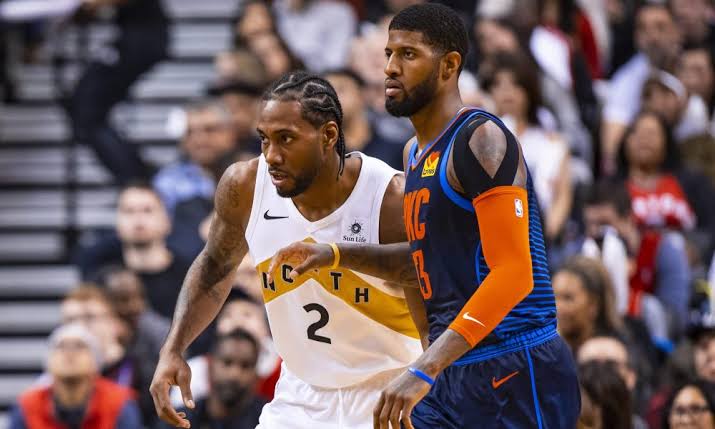 Clipper Nation, your days of being the second string team of the City of Angels, are over. Thanks to the earth shaking news that the 2019 NBA Finals MVP Kawhi Leonard will be joining forces with Paul George (who finished 3rd in MVP and Defensive Player of the Year voting) to play for the Los Angeles Clippers, the NBA world went into a frenzy as the Clippers went from perpetual losers to top contenders. While Leonard had been involved in talks with the Clippers during the entire free agency, Paul George’s trade from the Oklahoma City Thunder was a shocker. In a blockbuster move, the Clippers traded five first round picks (four of which are unprotected), Danilo Gallinari and Shai Gilgeous-Alexander, to acquire George from the Thunder.

George’s trade request came as a big surprise because he had signed a long-term deal with the Thunder last season and had talked about staying with Russell Westbrook for a long time. George’s discontent with the Thunder is another black mark on Westbrook’s traits as a teammate since George is the second superstar after Kevin Durant to leave the Thunder for another team. With so many draft picks and a single superstar in Westbrook, the Thunder clearly seem to be headed towards rebuilding mode.

The Toronto Raptors received a severe gut punch as they would’ve hoped to win a few more titles with a core of Leonard and excellent role players. They will go back to being a mid-tier playoff team in the East and probably cherish the 2019 title as the city’s only one for many years to come.

The Los Angeles Lakers, who were flying high after acquiring Anthony Davis and creating $32 million in cap space, will need to move quickly and sign players from the depleted free agent pool after holding out on signing anyone till they received a confirmation about Leonard’s destination.

One thing is certain, once all the free agency dust is settled, the 2020 NBA Championship race will be as wide open and exciting as any year in NBA history.