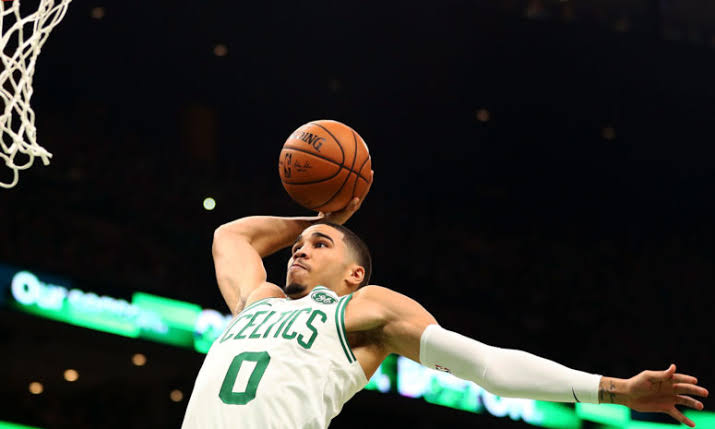 Jayson Tatum‘s performance in the 2018 NBA Playoffs is stuff of legends. Not many rookies have had a better showing in the playoffs. His legendary performance was punctuated by this legendary dunk over LeBron James.

Even though the Boston Celtics bowed out in the Eastern Conference Finals against the Cleveland Cavaliers in seven games, everyone praised the 18.5 points per game and solid defence of Tatum throughout the playoffs. After the end of the 2018 Playoffs, Tatum had ascended to the top of the ‘most promising assets of the NBA’ list. In the offseason, he went and worked out with one of his idols, Kobe Bryant.

The Celtics, who were slated to get All Stars Kyrie Irving and Gordon Hayward back for the 2018-2019 NBA season, were considered to be the favourites from the Eastern Conference to make the NBA Finals. However, chemistry problems plagued the team all season and Tatum suffered from a sophomoric slump and regressed. As a result, the Celtics were bounced out in the second round and lost Kyrie Irving in free agency.

As a result of this regression, Tatum’s overall rating in the NBA 2K series was also reduced from 87 to 85.

Speaking to Ronnie Singh of 2K Sports, Tatum gave his prediction for the 2019-20: “I’m [going to] average over 20. All-Star. And the Celtics are going to the championship.”