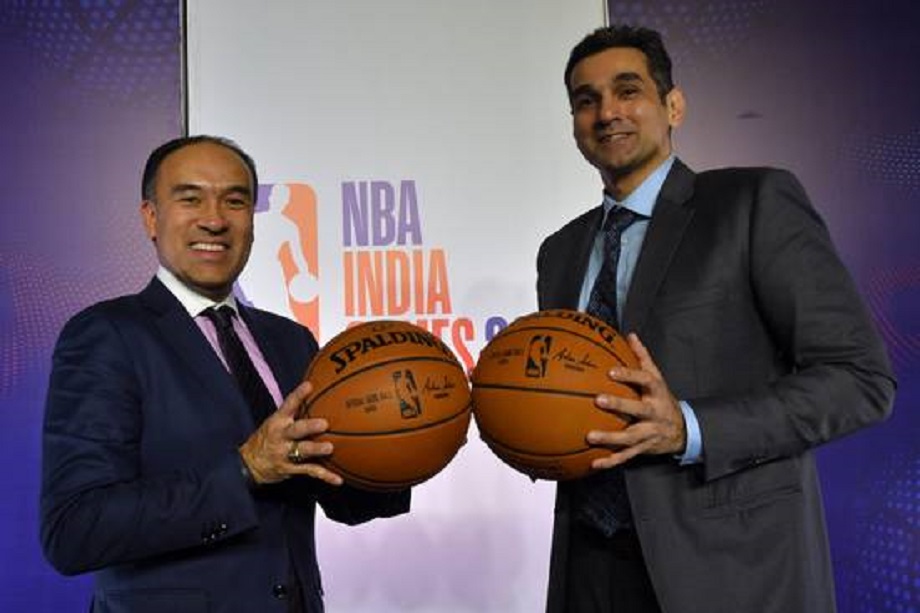 India is one of the world’s fastest growing economies and boasts a burgeoning middle and upper middle class. With one of the world’s cheapest and best mobile data rates, the world is literally at the palm of every Indian’s hands. More and more global brands are landing on Indian shores every day, opening the door to their extensive range of products. The National Basketball Association (NBA) doesn’t want to be left behind in this process. The league has had a steady presence in the country for a while now. 35 NBA and WNBA stars such as Kevin Durant, Dwight Howard, Chris Bosh, Pau Gasol, Robert Horry and Tamika Catchings have visited India on the league’s behalf. The NBA also conducted a Basketball Without Borders camp last May which featured current NBA players from Canada like Kelly Olynyk and Chris LaVert coaching the players of NBA’s Indian academy.
However, the main product of the NBA, which is the game itself, has never reached Indian shores. It’s not because the NBA never holds games outside American soil. Global games have been a part of the NBA’s repertoire since 1984 and till date, teams have played pre-season and regular season games in 12 different countries across the globe. It’s just that the logistical and financial aspects never managed to become favourable for a country like India, which doesn’t really care much about sports outside of Cricket. In 2019, that will become a thing of the past as the NBA just announced that the National Sports Club Of India (NSCI) Dome in Mumbai will host two pre season games between the Indiana Pacers and the Sacramento Kings prior to the start of the 2019-2020 season. Aside from the game, the league, which has a full fledged office in Mumbai, also plans to bring the NBA youth basketball program, fan activities and NBA Cares community events as a part of the NBA India Games 2019 event.
Vivek Ranadive, majority owner and chairman of the Sacramento Kings spoke via a press release: “The Sacramento Kings are proud to be playing in the first NBA games ever held in India. As an Indian-American, it is an honour to help bring this historic moment to the country where I was raised. The sport is experiencing tremendous growth in India and we are excited about continuing to expand the NBA’s reach to fans across the globe. The world wants to watch basketball and India is a fast-growing new frontier.”

WHATSAPP Tips and Tricks: Check below to find out whether you knew any of these

Can the Packers Overcome Poor Start and Rodgers Issues?