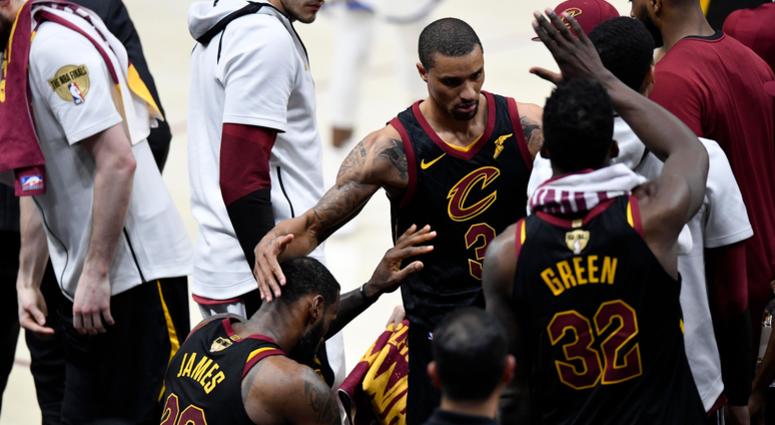 The Golden State Warriors won the 2018 NBA Finals by sweeping the LeBron James led Cleveland Cavaliers 4-0. The scoreline seems like it was a cakewalk for the Warriors and they just waltzed through the games. However, Game 1 of the Finals was far from a cakewalk for the Warriors. With the Cavaliers down by one point with 4.7 seconds left in the game, George Hill stepped on the free throw line with a chance to give the Cavaliers the lead. He made the first free throw and tied the game up. However, he missed the second free throw and what ensued was one of the most boneheaded plays ever made by an NBA player. Cavaliers’ J.R. Smith somehow managed to grab the offensive rebound over seven feet tall Kevin Durant after Hill missed the free throw. However, instead of taking a shot, he dribbled out to the three point line with LeBron James screaming at him to take a shot. The time expired and the Cavaliers were blown out during overtime. Smith later revealed that he thought that the Cavaliers had taken the lead after the first free throw. The image of the exchange between LeBron James and JR Smith has become a very famous meme now. After the game, LeBron James punched a whiteboard in anger and played the rest of the Finals with a broken hand.
One can wonder if all of this could’ve been avoided and things would’ve ended differently if George Hill had made that fateful free throw. Turns out, even Hill thinks the same. “You’re a little depressed at first because as a player, as a competitor, you put the blame on yourself a little bit. All summer it kind of bothered me. If I hit that free throw, would it have been a different series? Or would it just have been 4-1? It’s getting a win instead of getting skunked. But if it’s 4-1 then it really doesn’t matter about one f**king game. But who knows? I hit that, the pressure is on them now. Maybe it’s a different series.”
Hill was recently traded to the Milwaukee Bucks from the Cavaliers via a three team trade including the Washington Wizards. He reflected on his time with the Cavaliers and apologised to the Cavaliers fans, via The Athletic’s Joe Vardon: “Sorry I couldn’t get it done when I was here for the Finals, missing that free throw, but it’s nothing but love. You gotta give the organization thank you, you gotta give my teammates a huge thank you for welcoming me with open arms since I first got here, giving me a chance to play in the NBA Finals, something I’ve never dreamed of. So for me it’s kind of bittersweet.
You don’t want to leave a place that you create relationships with your teammates and people in the organization, front office and things like that, but, it’s a business. Get another opportunity to take my talents and my game down to Milwaukee and try to help them win games as best as I can.”
The Bucks will be the sixth team of George Hill’s career. The point guard played 13 games for the Cavaliers this season, averaging 10.8 points and 2.8 assists per game.