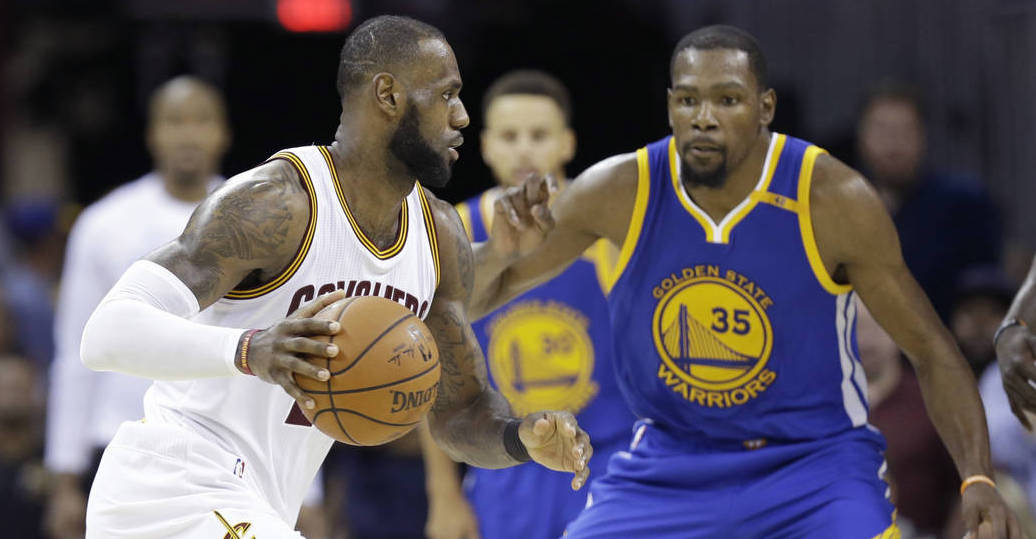 There’s a little more than 24 hours to go before the NBA Free Agency officially begins. Let’s take a look at the top 10 free agents and the scenarios surrounding them.
Note – Player option means that the player has a year left on their current contract but he can opt out of it to become a free agent. For more clarity about the terms used in this blog, you might want to read our Unofficial Guide to NBA Free Agency Terms first.
1. LeBron James, Cleveland (Player option) – No one else can change the landscape of the NBA with a single move like the King of Akron, Lebron James. Theoretically, he can join any team that he wants. However, the Los Angeles Lakers, Cleveland Cavaliers, Philadelphia 76ers and Houston Rockets have emerged as the most likely destinations for him.
2. Kevin Durant, Golden State (Player option) – He has openly proclaimed on Jimmy Kimmel Live and during an interview with ESPN’s Rachel Nichols that he wants to stay in Golden State. So the only question is whether he signs a short-term or long-term deal.
3. Paul George, Oklahoma City (Unrestricted) – He has said that he likes playing for the Oklahoma City Thunder and values his relationship with Russell Westbrook. However, it has been his dream to play for his hometown team, the Los Angeles Lakers, so he might end up signing with them.
4. Chris Paul, Houston (Unrestricted) – Considering the fact that the entire Rockets organisation believes that Chris Paul’s hamstring injury is what kept the team from reaching the NBA Finals, it is highly unlikely that they will let him go elsewhere.
5. DeMarcus Cousins, New Orleans (Unrestricted) – Immensely talented but extremely volatile. Though he has expressed an interest in playing with Anthony Davis, a move to Dallas seems more likely by the day.
6. Nikola Jokic, Denver (Restricted) – The Nuggets are expected to offer a 5 year, $146 million contract to Jokic. So he isn’t going anywhere.
7. Clint Capela, Houston (Restricted) –  Only a last second push to land LeBron James can stop the Houston Rockets from re-signing Clint Capela.
8. DeAndre Jordan, Los Angeles Clippers (Player option) – His team just traded for the Wizards’ big man Marcin Gortat. Jordan, who is from Texas and went to college at Texas A&M, has shown an interest in playing for the Dallas Mavericks or the Houston Rockets.
9. Julius Randle, Los Angeles Lakers (Restricted) –  The big man from Kentucky had a career year (16.1 points, eight rebounds per game). However, the Lakers are focused on signing big name free agents like LeBron James. So he might be expendable.
10. Aaron Gordon, Orlando (Restricted) – He averaged a stellar 17.6 points and 7.9 rebounds per game last season. The Orlando Magic are bound to re-sign him.

Do You Believe in GHOSTS?

Thanks, stay tuned for more.