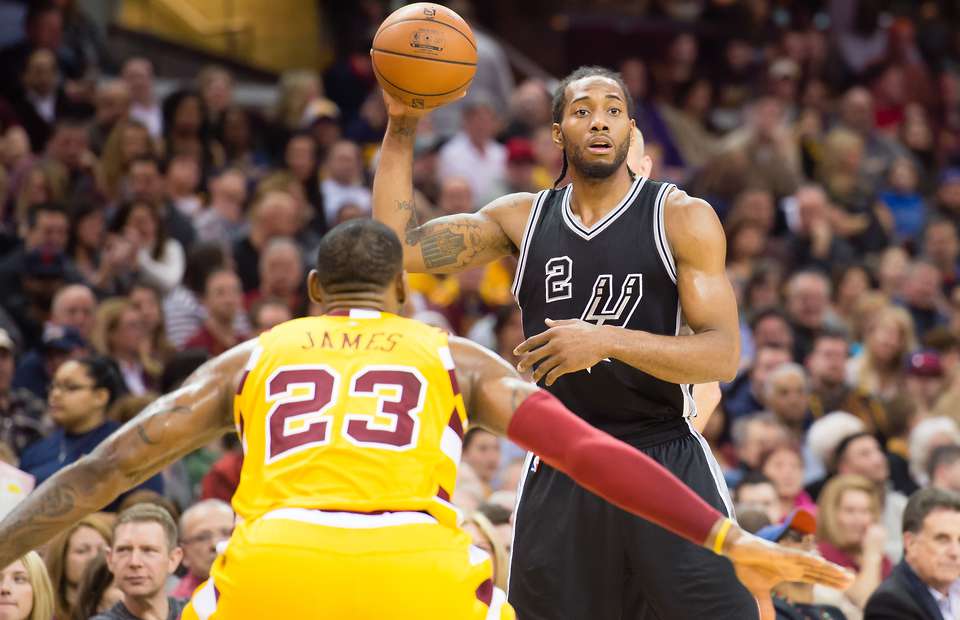 The next 48 hours are going to be extremely exciting in the NBA. According to ESPN‘s Adrian Wojnarowski, Ramona Shelburne and Brian Windhorst, the Los Angeles Lakers are ‘racing’ to trade with the San Antonio Spurs for Kawhi Leonard. The reason behind that (like it is for more than half of the things that happen in the NBA) is LeBron James. The world’s best basketball player wants to make a free agency decision quickly and doesn’t want to sign with a team which doesn’t have a star on its roster already.
The heat is on Magic Johnson and the Lakers front office to make a trade quickly. Especially considering the fact that Oklahoma City Thunder’s Paul George is seriously considering staying with his current team and isn’t guaranteed to sign with the Lakers. The Lakers didn’t make any major offer to the Indiana Pacers last year, thinking that Paul George, who is from Los Angeles, will definitely sign with them in the summer of 2018, no matter where he plays in the 2017-2018 season. However, that move has seemingly backfired with Paul George really liking his coaching staff and teammates in Oklahoma City.
Now, Kawhi Leonard has openly expressed an interest in playing for a Los Angeles based team. However, let’s assume a scenario where he is traded to the Boston Celtics for a year. The Celtics reach the NBA Finals and Kawhi Leonard is enticed into staying with the Celtics on a new contract. This will lead to a nightmare scenario for the Lakers where all the cap space they cleared up, won’t help in signing either Paul George, Kawhi Leonard or LeBron James.
Lakers legend Magic Johnson has openly proclaimed that if the Lakers fail to land any major superstars in 2018 or 2019, he is going to step down as the President of team operations. With such bold claims, the team’s glorious history and a distinct possibility where they won’t land any superstar free agent this year or the next, the Lakers front office really has its back against the wall and they need to make a mega offer to the San Antonio Spurs for Leonard. Edge-of-the-seat action is on the way. Stay tuned for further updates.

Effects of Social Media in true and Sincere Relationships

A Quick Guide to the Indian Premier League’s 2021 Season