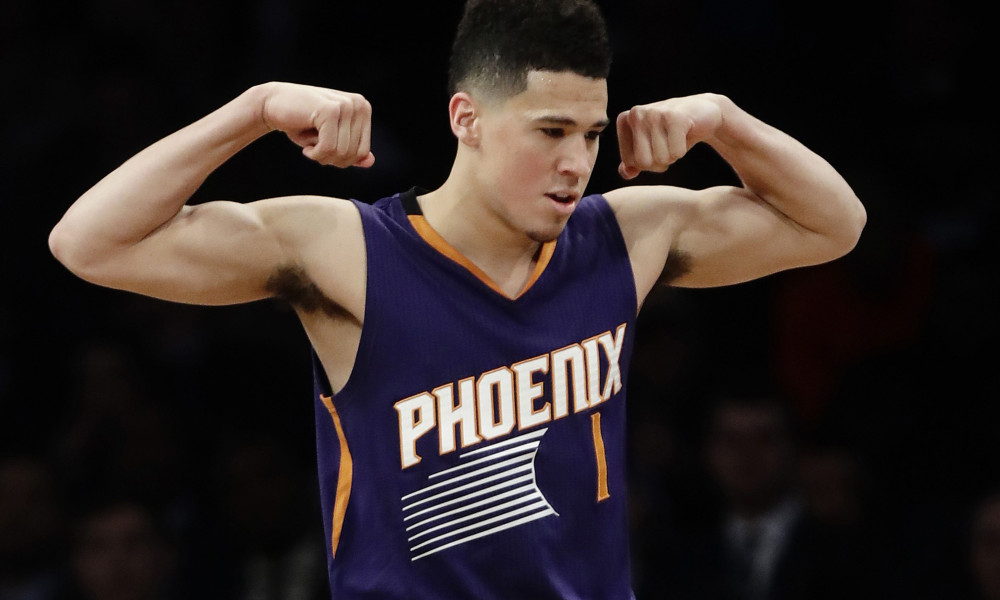 The first week of the NBA Free Agency is over and it turned out to be as exciting as expected. The biggest names were taken off the board at the earliest. LeBron James was signed up by the Lakers (predictably) and DeMarcus Cousins was picked up by the Warriors (very unpredictably). Paul George and Chris Paul chose to stay with their current teams on lucrative deals. We also witnessed the first offer on a restricted free agent. The Sacramento Kings offered a $78 million deal to Zach LaVine but the Chicago Bulls matched it. It only seems fair then, that a blockbuster week was concluded with a blockbuster contract extension of a blockbuster young player in Arizona.

The Phoenix Suns‘ front office has confirmed that their superstar young guard, Devin Booker  has agreed to a maximum contract extension with the team and this contract is supposed to be the richest in team history. Booker, all but 21 years of age, signed a 5 year, $158 million extension after meeting Suns owner Robert Sarver and GM Ryan McDonough in Los Angeles. Prior to the extension, Booker would’ve made a paltry $3.3 million in the fourth year of his rookie contract.

This is what the young guard had to say about the signing, I am humbled and honored to commit to the Suns organization long term. I have loved calling Phoenix home the last three seasons as this team and community are special to me. Thank you to the Suns for drafting me and believing in me. I look forward to the future and pursuing a title as a Phoenix Sun.

The 13th overall pick in the 2015 NBA Draft, Booker averaged a career high 24.9 points per game last season (Michael Jordan is the only 21 or under guard to average more). He also recorded career highs in field-goal percentage (43.2) and 3-point percentage (38.3), while averaging 4.7 assists and 4.5 rebounds per game.

The first overall pick of the 2018 NBA Draft, DeAndre Ayton was also very excited by this news and claimed that Booker and himself can become ‘Shaq and Kobe 2.0’.

Travelling Essentials: Things you need to carry while travelling

10 Types of Fathers in an Indian Society