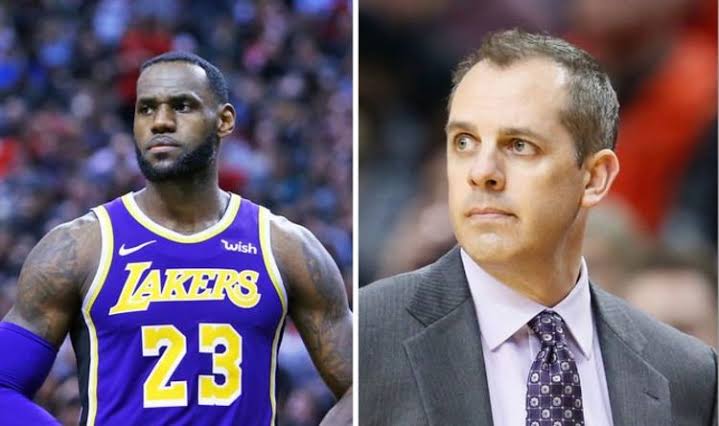 Frank Vogel, who achieved a good amount of success with the Indiana Pacers during the earlier part of the decade is now the head coach of the Los Angeles Lakers. It’s quite possibly the hottest seat in the NBA. After all, LeBron James’ coaches don’t seem to hang on to their jobs for very long. Mike Brown, David Blatt and Bill Walton come to mind almost immediately. In fact, James also wanted Erik Spoelstra, who ended up coaching him for four seasons, to be fired during his first year with the Miami Heat. It was only the intervention of Miami Heat’s legendary GM Pat Riley which led to Spoelstra retaining his job as head coach of the heat (a position he holds today as well).

Now that the Lakers have hired Jason Kidd as Vogel’s assistant, there are fears of Vogel’s authority being undermined. Vogel however, isn’t fearing the worst and is quite optimistic. He said, via Chris Mannix of Sports Illustrated: “I did feel support right from the start from LeBron. He’s always shown me a great deal of respect dating back to our battles when I was in Indiana and competing with the Heat in the conference finals, and coaching him in the All-Star Game. He’s always shown me a great deal of respect, so I felt like there would be a lot of support, and there was immediately and that’s continued on through up to this point. Hopefully we can work together to build something special.”