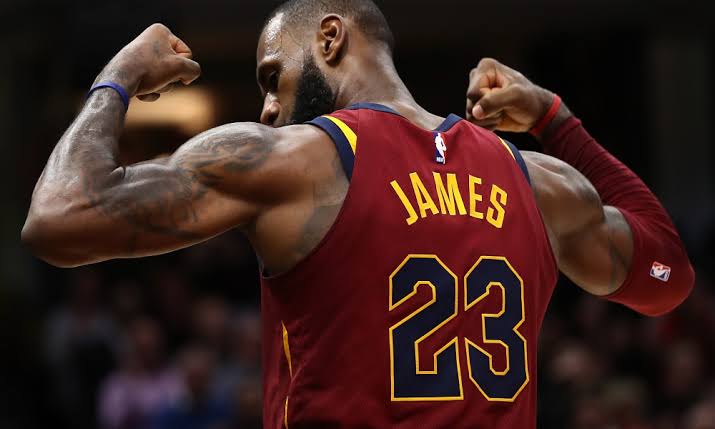 As sports fans, we love to debate about subjective things. Who is the greatest player ever? Who has the most positive impact on his team? Who has the smoothest jump shot? Who has the best looking dunks etc. However, there is something really special about statistical monuments that players can build for themselves. As statistical records, can not truly be argued, unless of course, we argue about how long they will last. Here are Five NBA playoff records that will (arguably) never be broken:

#1. Fewest wins for a team in the NBA Finals

The NBA is a league with a long history which is spread across different eras. This creates a high possibility for statistical anomalies to exist. However, the NBA Playoff format is designed to eliminate these anomalies with its seeding system and the ‘best of seven’ format in every round. This ensures that the best teams usually make the Finals. This wasn’t the case in 1959 and the Minneapolis Lakers finished the season with only 33 wins and reached the NBA Finals. The league was dramatically different back then and the NBA had only eight teams, six of them making the playoffs. The first round of the playoffs was also a ‘best of three’ format. The Lakers lost in the Finals to the Boston Celtics, who went on to win eight straight NBA championships.

#2. Most playoff wins by a coach

Winning in the playoffs is a tough task for any coach, until you get Phil Jackson to run the triangle offence with the best players alive. Jackson’s playoff win total is so absurd and far ahead of the second place that it is near impossible for it to be eclipsed. Over 20 years of coaching two teams, Jackson amassed 229 playoff victories against 104 losses. Pat Riley, second on the list took 24 years to win 174 playoff games. The most successful active coach, Gregg Popovich has amassed 167 wins in 22 years and with Kawhi Leonard gone, it’s unlikely that the Spurs are going to win many more playoff games for Popovich.

#3. Most points scored in the playoffs

The greatest player of all time debate will probably never be settled with fans being firmly entrenched in their Michael Jordan or LeBron James camps. However the sheer mountain of points that LeBron James has piled up (and still piling) in the playoffs, will never be conquered. He has scored 6,540 points (and counting) over his 15 year career. In the second spot, Michael Jordan finished his career with 5,987 points. The highest active players on the list are way behind with Tony Parker at 4,045 points and Dwayne Wade with 3,954. Neither of them are going to make up the gap as their game has declined with age while James is still the best basketball player in the world.

#4. Most overtimes in a playoff game

Overtime is an extended period of five minutes added to a game if the teams’ scores are tied at the end of regulation. Since there are no ties in basketball, overtime periods will keep getting added to the game until a winner emerges. In 1953’s Eastern Division Semi-finals, the Boston Celtics battled the Syracuse Nationals in an epic quadruple overtime game. Celtics guard Bob Cousy dropped 50 points and led his team to a 111-105 victory after four overtime periods. Triple overtime games have only happened six times in playoff history so a quadruple overtime game is highly unlikely to happen again.

#5. Most rebounds in a playoff game

As it is with most records held by Wilt Chamberlain, this is another one from the ‘how on earth did he do that’ category . The Big Dipper snagged 41 rebounds on April 5th, 1967 in an Eastern Division Finals game against his arch rival Bill Russell‘s team, the Boston Celtics. Russell himself had three 40 rebound games in his playoffs career and that was the closest anybody ever came to Chamberlain’s record. Since 1973, players have grabbed more than 30 rebounds on only twensty eight occasions, none of which happened during the playoffs. With more and more emphasis on the three point shot and the paint being cleared for perimeter players to drive to the basket, the time of goliath centers roaming the paint and eating up the glass is at an end. So Chamberlain’s record will last forevermore.

How much cord blood banking cost?