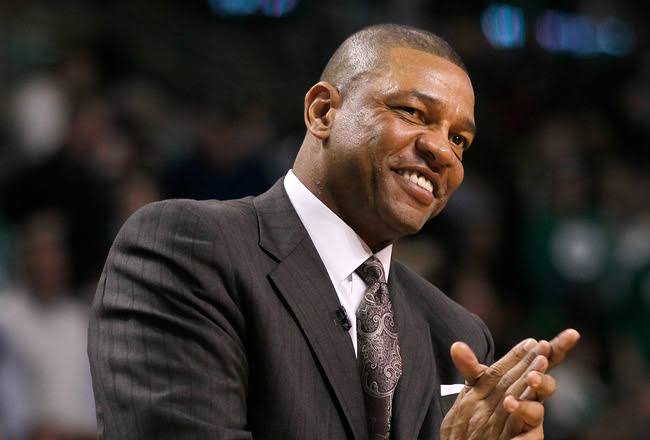 Doc Rivers is one of the most accomplished and revered coaches in the NBA. He won the NBA Championship with the Boston Celtics in 2008 and has generally coached teams to winning records throughout his career. He achieved something great during the 2019 NBA Free Agency when he convinced two of the league’s best players, two time Finals MVP Kawhi Leonard and perennial MVP candidate Paul George to join the Los Angeles Clippers. Barring catastrophic injuries, the Clippers are the prohibitive favourites to win the 2020 NBA Championship.

Rivers discussed the way he pitched the Los Angeles Clippers to Kawhi Leonard in a story published by Los Angeles Times’ Andrew Greif. Rivers said: “All the other stuff that people think matters in the recruitment, I don’t think Kawhi wanted to talk about that, so I didn’t. I talked about winning and basketball. Kawhi is a serious man, and I think you felt that with him. I think he felt the seriousness of me and how serious I am about winning, and he felt good about that match.”

How did Doc Rivers miss out on Tim Duncan?

Rivers, who had notoriously missed out on signing Tim Duncan with the Orlando Magic because he didn’t allow Duncan to bring his family on the team plane, talked about how his approach towards free agency and his image in the league, has changed with time.

“I guess the difference this time is I knew the league more. I knew me more,” Rivers said. “I had a body of work. The time with Tim [Duncan, who re-signed with the San Antonio Spurs in 2000] and Grant and Tracy, I’d coached one year. I really didn’t have a body of work, so I think my body of work played in my favor this time.“

Eric Garner: A Black Man Made Infamous By A Deathly Choke

Will the 2020 NFL Season come down to a Battle of Two Superstar QBs?