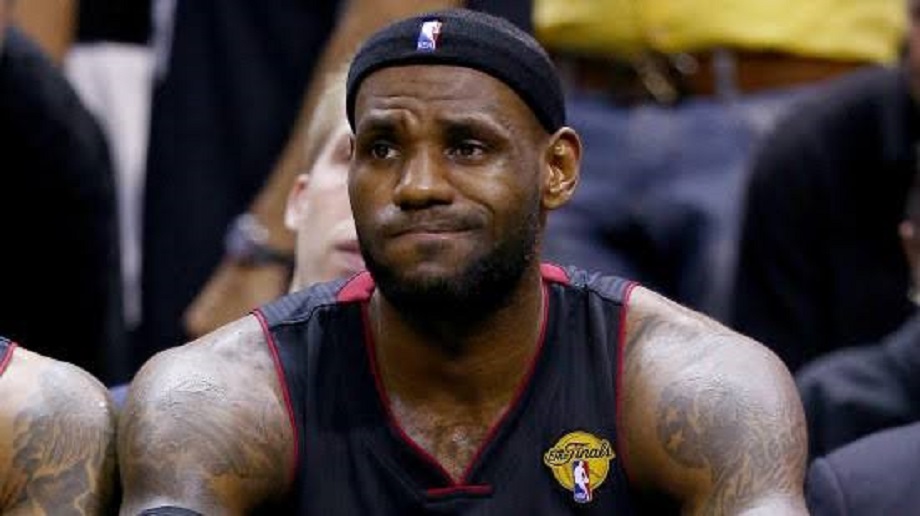 For many fans of the sport, the 2001 playoff run by Allen Iverson and the Philadelphia 76ers is considered as one of the greatest and most inspirational runs in NBA history. It was filled with amazing performances and memorable moments.  However, the show wasn’t all that great in the conference finals against Ray Allen and the Milwaukee Bucks. While Iverson did average over 30 points per game, he shot the ball terribly, making only 34% of his shots. In game 2, he went 5 for 26, including 0 for 8 on threes. In game 4, he went for 5 for 27. Such dreadful shooting is definitely not acceptable from the league MVP. The rest of the team picked up the slack and eventually overcame the Bucks in seven games.

Even though the Oklahoma City Thunder managed to easily win this series, Kevin Durant had a dreadful outing. He averaged 26 points, 6 rebounds and 4 assists but shot a paltry 37% from the field and a horrendous 27% from the three point line. Such dreadful shooting percentages are unacceptable for one of the premier scorers in NBA history. His worst game was game 2, when he went 7 for 33 from the field, while committing 7 turnovers. That performance has a case for being the worst ever playoff performance in NBA history. He missed 26 shots, tying for the most missed shots in the last 30 years. What made It worse was the fact that the Mavericks actually weren’t really a good team and they didn’t have premier defenders to slow Durant down. Durant just choked. Luckily, his superstar teammate Russell Westbrook bailed him out.

The 2004 Los Angeles Lakers entered the playoffs with high expectations. It was either championship or bust for the team. Unfortunately, Kobe Bryant, who is very well known for taking the toughest shots in the game, ran headfirst into the best defensive team in the league. He averaged 23 points on 38 percent shooting, including an abysmal 17 percent from 3 point territory. The Pistons reduced Bryant’s effectiveness by throwing multiple long and athletic defenders at him. The Pistons were heavy underdogs for the series, however, they ended up dominating the Lakers and won the series 4-1. The aftermath of this loss was devastating. It ended the Kobe Bryant – Shaquille O’ Neal dynasty as Shaq was traded and the other core players retired.

The Dallas Mavericks were flying high going into the 2007 NBA Playoffs. Led by league MVP Dirk Nowitzki, the Mavericks won 67 games and in the first round, matched up against the Golden State Warriors, a team which barely made the playoffs. However, the Warriors proved to be the worsted possible matchup for the Mavericks as their high octane, small ball, style was too much for the slow footed Mavericks to keep up with. On top of that, the Warriors coach Don Nelson was intricately familiar with the Mavericks playbook since he coached in Dallas for 8 years. Nowitzki averaged 20 points per game, shooting 38 percent from the field and a dreadful 21 percent from three. The final nail in the coffin was his 2 for 13 performance in Game 6.

This series is easily the lowest point of LeBron James’ illustrious career. Going into the Finals, the Miami Heat were the heavy favourites and James was expected to dominate. However, James finished the series with just 17.8 points per game (his lowest ever in a playoff series). This included the infamous Game 4 where he scored just 8 points in the game and the Heat failed to capitalize on an opportunity to go 3-1 in the series. Over the first five games of the series, James scored a grand total of 11 points in all of the fourth quarters. The heavily favoured Heat went on to lose to the Mavericks 4-2 and LeBron James’ performance is widely regarded as the absolute worst by a superstar on a grand stage.

Why Saffron Cultivation in Kashmir is decreasing day by day

Budget Travelling: 7 Best Places for Traveller’s who like Vacationing in Cost Effective Way