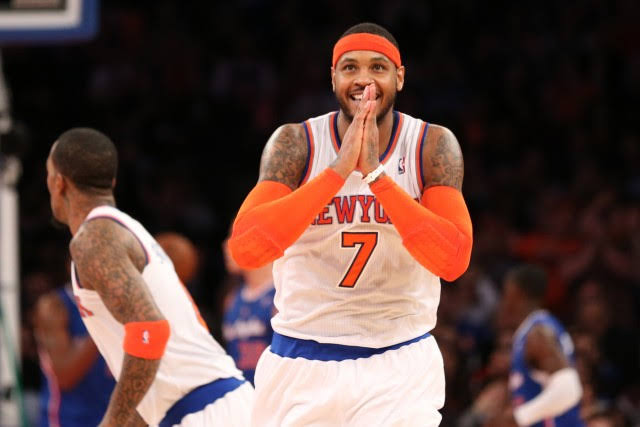 Carmelo Anthony might just be able to find a way to go out on his own terms. He might be able to land a roster spot and get a farewell season like Dwayne Wade. Reports have surfaced that Kevin Durant and Kyrie Irving have asked the Brooklyn Nets’ management to sign Carmelo Anthony for the 2019-2020 season. Anthony’s scoring abilities will be really useful for the Nets team which will be without the services of the injured Kevin Durant. On top of that, the Nets also lost versatile forward Wilson Chandler for 25 games due to a performance enahancing drug (PED) related suspension.

Carmelo Anthony has been a free agent since he was waived by the Chicago Bulls in February. He was traded by the Houston Rockets who didn’t give him any playing time during the final few months of his contract. The last NBA game that Anthony played was in November 2018. Over his 16 year career, Anthony has averaged 24 points per game, 19th in NBA history. However, whether he can be successful in a secondary/tertiary scorer’s role, is yet to be proven.

Common gymnastic injuries and their preventions