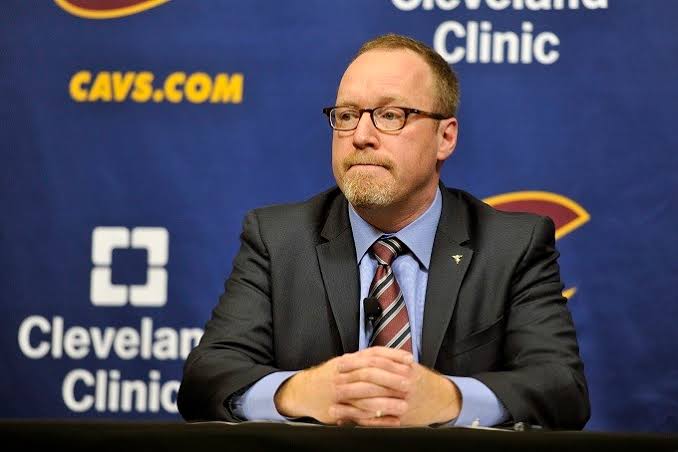 Former Cleveland Cavaliers general manager and current executive vice president of the New Orleans Pelicans, David Griffin opened up about his three years spent working with LeBron James in Cleveland. He called the experience ‘miserable’ and went as far as to question James’ hunger for winning with his current team, the Los Angeles Lakers.

What did David Griffin say about LeBron James?

When asked about his experience while working with LeBron James, David Griffin said the following in a story released by Sports Illustrated: “Everything we did was so inorganic and unsustainable and, frankly, not fun. I was miserable. Literally the moment we won the championship, I knew I was gonna leave. There was no way I was gonna stay for any amount of money.”

Speaking about James’ mind-set with his current team, Griffin hinted at a lack of complete focus on basketball and an interest in other opportunities which a city like Los Angeles presents. Griffin said: There wasn’t a lot else for him. I don’t think he’s the same animal anymore about winning.”

What did LeBron James say in response to David Griffin?

LeBron James’ camp was reportedly ‘shocked’ by Griffin’s statement and James took to twitter to vent his frustration out, without mentioning Griffin’s name.

Alright alright. Enough is enough. The throne has been played with to much and I ain’t for horseplay. Ether coming soon! 😁🔥🔥🔥🔥🔥🔥🔥🔥🔥👑 #JamesGang✊🏾

What is the media saying on this event?

Fox Sports’ analysts Chris Broussard and Nick Wright spoke about how James is the most scrutinized athlete in American sports history and just about everything he does is heavily criticised.