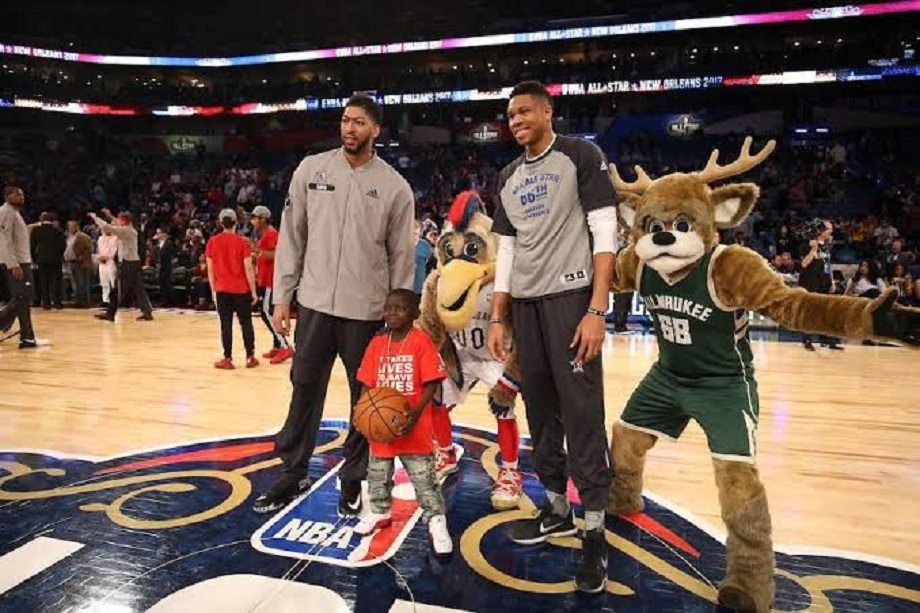 The latest buzz in the NBA is about the future of the New Orleans Pelicans superstar Anthony Davis. The 25 year old big man out of Kentucky has firmly established himself as one of the ten best players in the NBA, and many sports analysts expect him to become the best player in the NBA after LeBron James retires. He is going to be eligible for a massive $239 million contract extension from the New Orleans Pelicans next season. However, many voices around the NBA are expecting him to end up with LeBron James and the Los Angeles Lakers as they form their version of a superteam to take on the mighty Golden State Warriors. In a post game interview, LeBron James openly expressed excitement at the idea of Anthony Davis joining the Lakers.
A new superstar has joined the Anthony Davis recruitment bandwagon now.  Milwaukee Bucks’ stalwart Giannis Antetokoumpo spoke to Anthony Davis after the Bucks defeated the Pelicans 123-115. As he shook Davis’ hand, Antetokounmpo said: “Come to the Bucks man, come to the Bucks.”
Prior to the game against the Bucks, Pelicans’ coach Alvin Gentry was asked about the possibility of Davis being traded. This was his response: “We’re not trading him. I can say that to the world. We’re not gonna trade him, no matter what. That’s not an option. It doesn’t matter what anybody says or does. We’re not trading Anthony Davis. And they’re not trading Giannis.”
Davis has been averaging a stellar 28 points, 12.3 rebounds and 4.7 assists and 2.8 blocks per game during the 2018-19 NBA season so far. Even though he was suffering from a stomach illness, he scored 27 points and grabbed 11 rebounds in the loss against the Bucks.
Davis’ teammate Jrue Holiday, also chimed in with his opinion towards Davis’ situation: “I mean, everybody wants to [have Davis on their team]. I don’t know anybody who doesn’t. To us, he’s our franchise player. He’s top three in the world.”
When asked about the possible distraction caused by the speculation of Davis’ departure, Holiday went on to add: “Nah. I feel like, y’all hear it. We don’t really hear it. The only teams I know about is Boston and the Lakers. But again, we don’t really pay attention to that.”