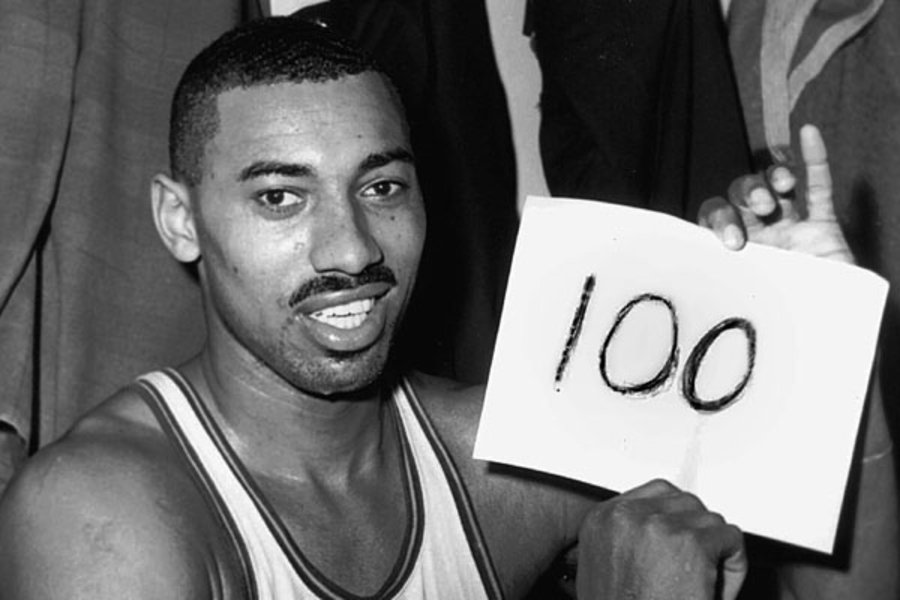 A common saying associated with records is that ‘they are meant to be broken’. As astronomical and unbelievable as a record might seem to be, over time, it is eventually broken and a new, hitherto unheard of, record is set. When American swimmer Mark Spitz won 7 Gold Medals in the 1972 Munich Olympics, nobody expected that to be repeated or bettered. However, Michael Phelps did just that by winning 8 Gold Medals in the 2008 Beijing Olympics. When American long jumper Bob Beamon cleared 8.90 metres in the 1968 Mexico City Olympics, beating the pre-existing world record by 55.5 cms, people believed that it would be humanly impossible for anyone to jump longer than that. Yet, 23 years later, Mike Powell jumped for a distance of 8.95 metres and broke Beamon’s record.
So you can see, even the most ridiculously difficult records have been broken over the course of time. However, the NBA is home to some records which will only break on the day pigs start flying. From most points scored over a career to most points scored in a quarter, the NBA has a plethora of scarcely believable records. Today, we will take a look at three of the most unbreakable single game records:

Nothing about Wilt Chamberlain was ordinary. He was immensely tall, immensely strong and immensely skilled. His exploits on and off the court are stuff of legends. He claimed to have slept with 20,000 women over the course of his life. He is almost a mythical figure in the eyes of the NBA fans. The numbers which Wilt Chamberlain put up, are almost as astronomical as his physical stature. He has more than 70 different NBA records to his name. No other record however, is more iconic than the One Hundred points he scored on March 2nd, 1962 in the Philadelphia Warriors’ 169-147 win over the New York Knicks at Hershey Sports Arena in Hershey, Pennsylvania. The closest any player ever came to even sniffing this record was when Kobe Bryant scored 81 points in the Los Angeles Lakers 122-104 victory over the Toronto Raptors in 2006.

Another scarcely believable number, another Wilt Chamberlain record. On November 24th, 1960, Chamberlain ate the glass up and snagged off a staggering Fifty Five rebounds against his arch rival, Bill Russell and the Boston Celtics. Chamberlain and Russell pretty much own the rebounding records category with either one of them owning the top twelve single game rebounding numbers. To put things into perspective, among the current crop of players, Kevin Love has the highest single game rebounding total at 31 (Chamberlain snagged 31 rebounds in the first half of a game).

Of all the unbreakable records mentioned here, Scott Skiles’ Thirty assists in game against the Denver Nuggets while playing for the Orlando Magic on December 30th (great coincidence), 1990 seems to have the highest possibility of being bettered some day. Mainly for two reasons- the second highest assists total for a game is 29 and twenty three different players have accumulated more than 23 assists in a game. However, NBA teams as a whole struggle to generate 30 assists in a game, so it seems unlikely that a single player will get 30. Skiles himself had 30 assists compared to the 14 that the entire Nuggets team had for the game.

Names To Watch For The NBA's Next Star