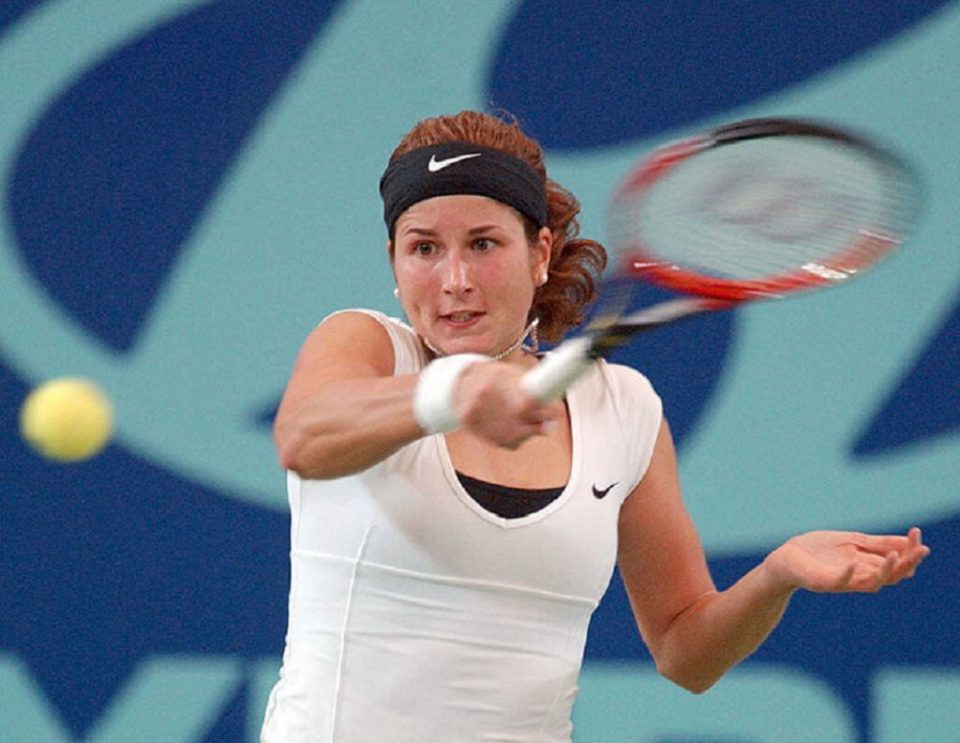 Mirka Federer or previously known as Miroslava Vavrincová is probably one of the ideal reincarnations of the old saying: “behind every great man, is an even greater woman”. Federer is going to be an athlete that goes down in the history books for his widely acknowledged skill and anything related to him has been put under a magnifying lens. This included his wife, family, and personal life. Though he has been in the spotlight for almost two decades now, he has managed to keep most of his private life confidential. But there is much more to know about Mrs. Federer. In this article, we discuss everything from her childhood upbringing and career achievements to how she manages to create a balance between family and work. Read on as we describe how she became the perfect wife for one of the world’s best athletes, where a lot of it has to do with their same cultures, love for the same sports and genuine love for one another.

Mirka Federer: Who Is The Wife of Roger Federer?

Who is Mirka Federer?

If you are a dedicated tennis fanatic, then you are familiar with Roger Federer, his highly-praised masterly of the sport, as well as his feud with fellow Grand Slam title winner Novak Djokovic. Above all the Wimbledon Title holder got lucky enough to get himself a beautiful, responsible wife: Mirka Federer who speaks his language on and off the court!

Mirka has had her spotlight in the court and proved that she is also a force to reckon with.

Mirka was born as Miroslava Vavrincová on April 1st, 1978, barely three years before her husband. In a previous interview, Roger attributed most of his success to his wife, stating that even though she is 3 years older than him, they both operate on the same frequency.

Despite being Swiss in nationality, she was born in Slovakia.

As she turned two years old, her father relocated her whole family to Switzerland; though no one quite knows the reason as to why they moved. But it truly happened for a greater good.

Growing up, Mirka developed a strong talent for tennis and sports in general, and it became evident to everyone around her that she was a star in the making.  Fortunately, her father chose to waste any more time. He started by taking her out to watch a tennis tournament in Germany when she was nine years old to support the young girl and show her what else she could dream of.

Comparing the two, Federer had a harder childhood, but the two developed a passion for Tennis at a tender age. At a young age, Mirka was lucky enough to meet the greatest female tennis player of all time- Martina Navratilova. In the later years, Martina became so great, that she was declared the best tennis player from the years 1975 all through 2005. It was indeed such a rare opportunity for Mirka to grow under the wings of such a great player. This is presumably one of the things that fueled her love for tennis. Soon afterward, Navratilova sent her a racquet and complimented her athletic nature, and arranged her first training session. Through consistent training and coaching, Martina advised her to advance her art to professionalism. There is no greater feeling than being nurtured by the best. Throughout the mid-nineties, Mirka was named one of the best young players in Switzerland, after winning the Swiss Junior title.

What languages does Mirka Federer speak?

Roger was born in Switzerland but has some South African descent. Not much is known about Mirka’s sister-in-law, Diana. Unlike Mirka who grew up in a small town and got exposure later in life, Federer grew up in different localities, thus enabling him to master Standard German, French, English, Italian, Swedish, and of course his native language- Swiss German.

Mirka is rather a private person, and we cannot confirm her preference when it comes to languages. We do know for a fact though, that she spent most of her childhood in Switzerland and she speaks Slovakian since it’s her Mirka’s native language.

During her early twenties,  Mirka Federer started playing tournaments all over the world. In turn, she got a huge fan base, regardless of her premature career. In 1997, she won the Tel Aviv championship, and that marked the beginning of her professional phase. Later in 2001,  Mirka Federer qualified to join the national team. By the end of 2001, her most successful year,  Mirka Federer had gained respect worldwide and even ranked in the top 100 list for the first time in her career. The higher she went; the more energy she had to use. Unfortunately, her career was put to a sad end by an unforeseen injury.

Though short-lived, Mirka is still recognized for her achievements in the Wimbledon, French Open, US Open, and the Australian Open. If she had stayed on, we are almost sure she would have been one of the greatest of all time. People all over the world were sad to see her career come to an end, but dedicated fans still see her greatness through her over-achieving husband.

Even after her injury in 2002, Mirka still remained in the game, even though not as a player. She became Federer’s coach unofficially but was later on made her public manager, planner, as well as a personal advisor.

How did Mirka Federer meet her husband Roger Federer?

Nine times out of ten, most professionals and icons meet their better halves in their line of work. It is no surprise that Federer fell in love with a fellow tennis player, something which he had proposed not to do. Many do not know exactly how Mirka and Federer met, but it happened during the 2000 Summer Olympics. The two, who are currently a big deal in the sports industry, have inspired many through their love and commitment to tennis.

“We were both playing for Switzerland in tennis,” Federer once said. “And then we spent two weeks together in those dorms. We were together with the wrestlers and all the other cool athletes. I guess over the two weeks, we built up some chemistry.”

During her days as an active star, Mirka got the opportunity to play with her husband-to-be for quite a number of times. This occurred during the Hopman Championship in 2002 when she was teammates with Roger in the mixed doubles. At that time, Federer was not famous but was drastically rising in the hall of fame. However, playing with Federer was one of her last matches, as she later opened up to the world about her intense injury. Before the injury, the two had been on tour together, just as colleagues.

Not so long ago, Roger admitted that both of them fell in love gradually, and even shared their first kiss at the end of the tour. At the time, the two were not yet serious with each other. This can be confirmed by the story that Mirka was dating an unknown Arab tycoon at that time, but soon left him for the 20 Grand Slam titleholder.

After a lengthy period of dating (nine years to be exact), the two lovebirds finally tied the knot in 2009. The ceremony took place at the Wenenholf Villa, in Roger’s hometown- Basel. Federer took the news to his website and all over social media, saying how they had a vibrant wedding surrounded by love, romance, family and close friends. Ever since, people have admired how strong their marriage has been, free of any scandals or public dramas.

How many children do Mirka and Roger Federer have?

In most cases, sports personalities end up having more than 3 kids by the beginning of their retirement period; probably an instinct of scoring even outside the pitch/court. It is no different for Mirka and Roger. Back in 2009, the two announced how happy they were when anticipating their first child. Little did they know that they would have twins. Two beautiful identical girls- Myla Rose and Charlene Riva were born in their home country- Switzerland.

When this happened, the family gained the complete attention of the world. Nonetheless, no one was quite prepared for the second pair of twins that came in 2014; this time, two identical boys- Leo and Lennart. Nothing seems to complete a family more than two sets of twins, of both genders. The couple is truly blessed. The family of 6 has been spotted all over the world, mostly in their hometown having a good time. They have also been seen cheering their father from the stands during different games. When Roger is away on tour, Mirka ensures the kids are well taken care of. In recent years, Federer has been cited in interviews stating how much he wants his kids to live normal lives despite being in the limelight. This means we will see the beautiful pairs of twins interacting more with the public; a clear indicator that Mirka and her husband value equality and don’t care about the social status.

With her knowledge and skills in Tennis, she has played a major role in moulding  Roger into the great player he is. She rarely misses out on Federer’s tours and has proved her devout loyalty to him. In turn, the couple has to leave their kids sometimes, in order to fulfill their professional obligation.

During past interviews, Roger has mentioned how lucky he is to have Mirka by his side at all times. In one exclusive, he even admitted that he would end his career if his wife ever got tired of traveling. That is how much the Tennis player values his wife’s input and her support. Clearly, the pro has a wife who is motivated, inspired and challenged him to be a better player. Overall, Mirka knows how to handle people while still balancing work and family business- becoming the perfect wife for the world’s best athlete!

The couple are worth a total net worth of $450 million, mainly from Federer’s proceeds. Other than tennis, the duo is widely recognized for philanthropy and charity work; A better reason to admire them. At 41 years of age, there is much more to see from Mirka Federer. She has shown total resilience and tenacity when handling both family and tennis; easily making her a role model to many. For someone who has come so far, we wish her nothing but the best!