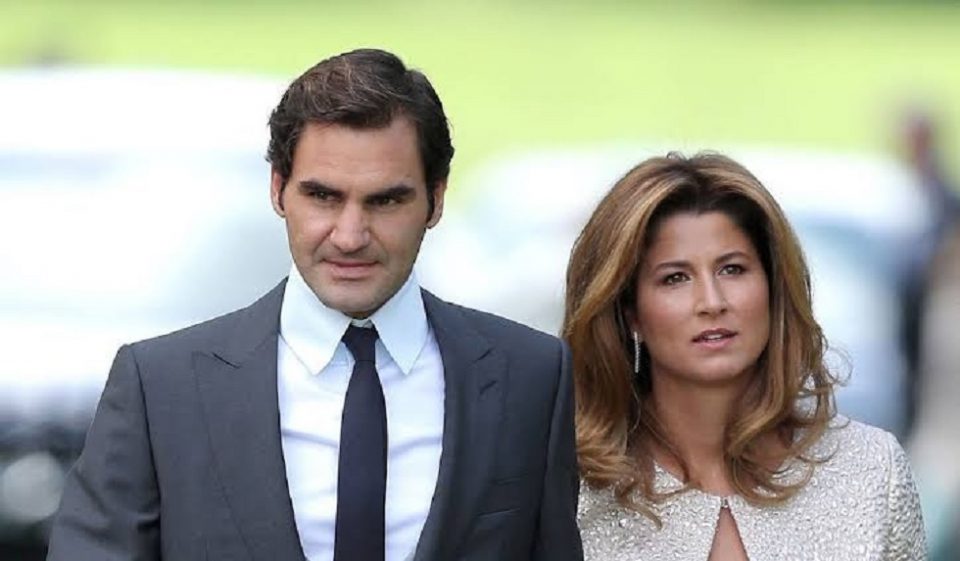 The world of sports is filled with a lot of “Sporty Couples” i.e.both members are professional athletes. Couples like Steffi Graf and Andre Agassi, Zach and Julie Ertz, Aaron Rodgers and Danica Patrick, J.J. Watt and Kealia Ohai and of course Roger Federer and Mirka Federer come to mind. For long, she has been the rock that has held Roger Federer’s personal affairs together, while he has been achieving glorious success on the tennis court. In this post, we will find out more about Mirka Federer, the woman behind the most successful tennis player of all time.

Mirka Federer: All You Need to Know

Who Is Mirka Federer?

Miroslava “Mirka” Vavrinec is a former professional tennis player from Switzerland. She began playing tennis when Czech player-turned-coach Martina Navratilova spotted her in the audience at a tournament and gifted her very first racquet.

At her peak, she reached a career-high ranking of #76 in the world. Her best major tournament (Grand Slam) performance was at the 2001 US Open, where she reached the third round. She also played with future husband, sports celebrity, and tennis legend Roger Federer in a doubles match in 2002.

Unfortunately, Vavrinec was forced to retire from professional tennis due to a foot injury in 2002. When she wrapped up her tennis career, she was one of the top 100 female tennis players in the world. However, she’s still very much involved in the pro sports community. Her second coming in the sports world hs been as the public relations manager and wife of Roger Federer.

How Did Mirka And Roger Federer Meet?

Mirka and Roger Federer met when they both represented Switzerland at the 2000 Summer Olympics in Sydney. The pair was slightly mismatched – Roger had just turned 18 and Mirka was four years his senior – but they clicked anyway. At the end of the two-week trip, both had developed feelings for each other – resulting in a kiss that would change both of their lives forever.

Have Federer And His Wife Played Tennis Together?

While the couple had kept their relationship under wraps for some time, the world came to know about it in 2002 when they teamed up for a doubles match at the Hopman Cup. Their chemistry was so apparent on the court and during the post-match interview – there was even a little bit of flirting involved.

When Did Roger Federer And His Wife Get Married?

Roger and Mirka just celebrated their 10th wedding anniversary this year. The couple tied the knot in a private ceremony on April 11, 2009 at the Wenkenhof Villa in Riehen – a few weeks after announcing Mirka’s first pregnancy.

How many kids does Roger Federer have?

Mirka and Roger did not waste time starting a family. Just a few months after getting hitched, the couple welcomed their first kids: twins Myla Rose Federer and Charlene Riva Federer, now age 10. In 2014, their number of children grew to four with the addition of another set of twins, Lenny Federer and Leo Federer.

Today, the happy family can be seen supporting Federer from his personal box at tournaments. The kids are homeschooled so that they can follow their father on tour.

Mirka’s tennis career started because she was in the right place at the right time. When she was nine years old, she watched a tennis tournament in Germany with her dad. There, she met the legendary Martina Navratilova, who thought she had an athletic build and could be good at tennis. It was Navratilova who bought Mirka’s first tennis racquet and organized her first lesson. So in case she missed out on watching that tennis match for something as mundane as a punctured tire in her father’s care, she might have never become a tennis player.

She Helps Roger Federer With His Career

Although she no longer plays herself due to her foot injury, Mirka is very involved in Roger Federer’s athletic career. As his public relations manager, she makes his travel arrangements and handles his media obligations. Roger Federer has said that dating a fellow tennis player made him both a better person and a better athlete since Mirka knows what it takes for him to succeed. She has been present at almost all of his matches (definitely the most iconic ones).

Roger Federer Gushes About Her All The Time

Here are just some of the kind things Federer has told the press about his wife:

You’ll most likely see Mirka supporting her husband at every game. She usually has their children in tow – if they meet the tournament’s minimum age requirement. Another interesting fact about Roger Federer’s children is that they are two sets of twins, twin girls and twin boys.

Mirka Federer might not play tennis anymore, but she’s still in the game as one of Federer’s managers. Roger Federer is a great athlete, but Mirka Federer’s unwavering love and support is a big reason behind his incredible success in the sporting world. He is a legend of tennis, and she is always going to be one of the biggest reasons behind his success. He might have a lot of trophies and other prized possessions in his life, but nothing will be more valuable and precious to him than his wife Mirka Federer.