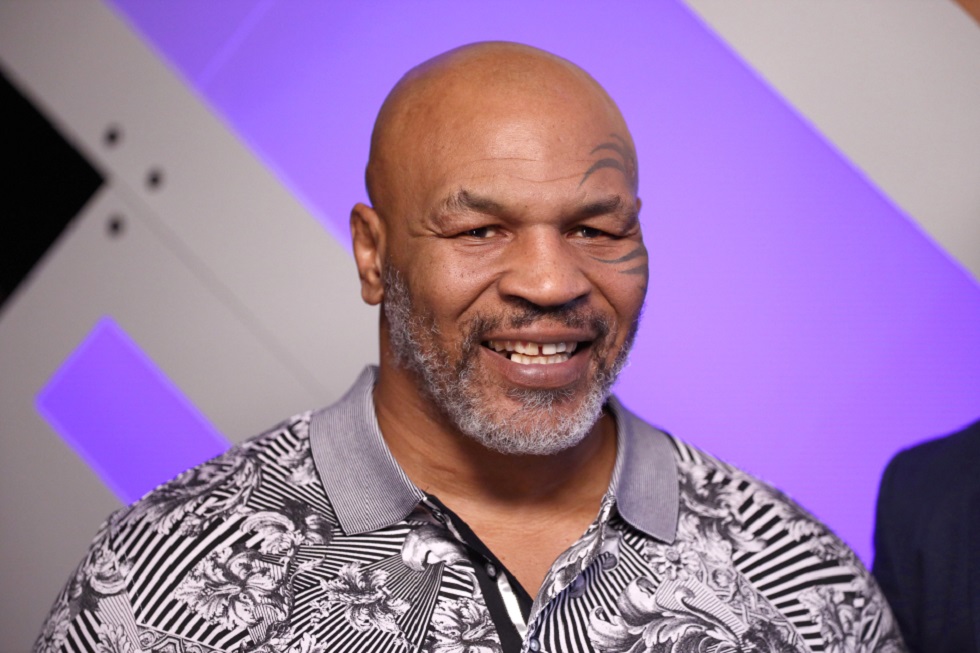 Mike Tyson is a legendary American heavyweight boxer who boxed for 20 years between 1985 and 2005. Mike Tyson is the youngest ever heavyweight boxing champion in history. He beat Trevor Berbick for the World Boxing Council (WBC) title in 1986. He was 20 years, four months, and 22 days old during his second round TKO victory. His net worth soared to $300 million at one point of his career. As of 2020, he is only worth $3 million though.  During the 80s and 90s, ‘Iron’ Mike Tyson was the most intimidating force in heavyweight boxing. He also held the undisputed heavyweight champion title for some time. His combination of speed, power and technique struck fear in all of his opponent’s hearts. He knocked out a lot of his opponents with the legendary right hook and right uppercut combination. Mike Tyson was also legendary for having the most intimidating aura in boxing. In his fight on June 27th, 1988 against Michael Spinks, Tyson walked out to the ring with just a drone noise as his entrance music. He didn’t even wear the customary boxer’s robe and walked in bare-chested. The fight was for all four of the heavyweight championship belts. Tyson said that walking to the ring like that helped him feel like a gladiator and he enjoyed that feeling. Prior to the fight, Tyson punched a hole through a wall in his dressing room. Spinks and his camp never really mentally recovered from that. The fight lasted for a grand total of 91 seconds and Tyson became the undisputed heavyweight champion. Tyson used his aura to give himself an added advantage before and during a fight. He would stare straight into the eyes of his opponents at all times and try to sense fear. Tyson scored many quick and brutal knockouts during the course of his career. 22 of those happened in the first round itself. Mike Tyson’s reputation as a power puncher who can end a fight at the blink of an eye, enhanced his intimidating aura even further.  Mike Tyson also had an impregnable defence while boxing. He would dodge punches non stop, get closer to his opponents and knock them out.

What is Mike Tyson’s net worth?

Despite earning $685 million over his career, as of 2020, Mike Tyson’s net worth is estimated to be only $3 million. Years of reckless spending and bad behaviour even led to Mike Tyson filing for bankruptcy in 2003. He only fought twice after that, losing in an uninspired manner on both occasions against journeymen boxers.

When was Mike Tyson born?

Mike Tyson was born on the 30th June, 1966, in Brownsville, Brooklyn, New York. He had two siblings, Rodney and Denise; however his sister passed away from a heart attack at only 24 years old.

How was Mike Tyson’s childhood?

Although, Tyson’s biological father is “Purcell Tyson”, Mike saw a father figure in Jimmy Kirkpatrick. Kirkpatrick was from Grier Town, North Carolina, and one of the neighborhood’s top baseball players. He was quite a gambler, and hung out in the shady areas of the town.

Kirkpatrick abandoned the family later on, and Tyson’s mother died when he was only 16 years old. Since that age, Mike Tyson was under the care and tutelage of his manager and trainer Cus D’Amato.

Mike Tyson grew up in a very rough, crime-infested neighbourhood. He has maintained on multiple occasions that if he didn’t become a boxer, he would’ve definitely become a criminal. Tyson’s first ever fight was with an older teenager, who had pulled the head off one of his pigeons.

Tyson was regularly caught committing crimes, and had already been arrested 38 times by the time he was 13. He ended up at the Tryon School for Boys in Johnstown, and later dropped out of high school.

Mike Tyson was 18 years old when he made his professional debut in boxing. Prior to that, he’d competed as an amateur at the Junior Olympics.

He quickly grew to become the champion, after winning 26 of his first 28 fights by either knockouts (KO) or technical knockouts (TKO). For a long time, people thought Tyson was unbeatable. That was, until Buster Douglas came along. You’ve probably heard Douglas’ story about his mother passing away before the fight, after telling everyone her son was going to beat Mike Tyson.

Douglas managed to last more rounds than anybody else had ever gone to with Tyson; and after reaching that point, realized that Tyson began to lose energy and stamina rapidly after the fifth or sixth round.

Tyson was the first heavyweight boxer to simultaneously hold the WBA, WBC and IBF titles, and the only heavyweight to unify them successively. He is still considered, to this day, one of the best boxers of all time. He was also very notorious for his trash talk. Here’s what he said after knocking Lou Savarese out in just 38 seconds: “I’m the best ever. I’m the most brutal and vicious, the most ruthless champion there has ever been. There’s no one can stop me. Lennox is a conqueror? No! I’m Alexander! He’s no Alexander! I’m the best ever. There’s never been anyone as ruthless. I’m Sonny Liston. I’m Jack Dempsey. There’s no one like me. I’m from their cloth. There is no one who can match me. My style is impetuous, my defense is impregnable, and I’m just ferocious. I want your heart! I want to eat his children! Praise be to Allah!”

However, his reputation was very much stained after being sentenced to prison for 6 years, after being convicted of rape. He tried to make a comeback after his prison sentence, but it was short-lived.

Mike Tyson’s net worth, once upon a time, was $300 million dollars. Unfortunately, poor life choices and bad financial decisions have seen his net worth plummet to just $3 million today.

Here are some of the highlights of Mike Tyson’s career:

‘Iron’ Mike Tyson, who was also known as the “Baddest Man on the Planet” was an absolute beast of a boxer for more than ten years straight. His combination of speed, strength, technique and killer instinct made him one of the greatest boxers of all time. He was on top of the world for a long time, but he also suffered from a major fall from grace. He was convicted for rape, struggled with alcohol addiction (which self admittedly brought him to the verge of death). However, he has managed to put his life back on track and is enjoying a calmer, more peaceful life these days. He will never regain the $685 million that he earned throughout his career, but the way things are today, Mike Tyson should definitely be able to maintain and slowly enhance his current net worth of $3 million.