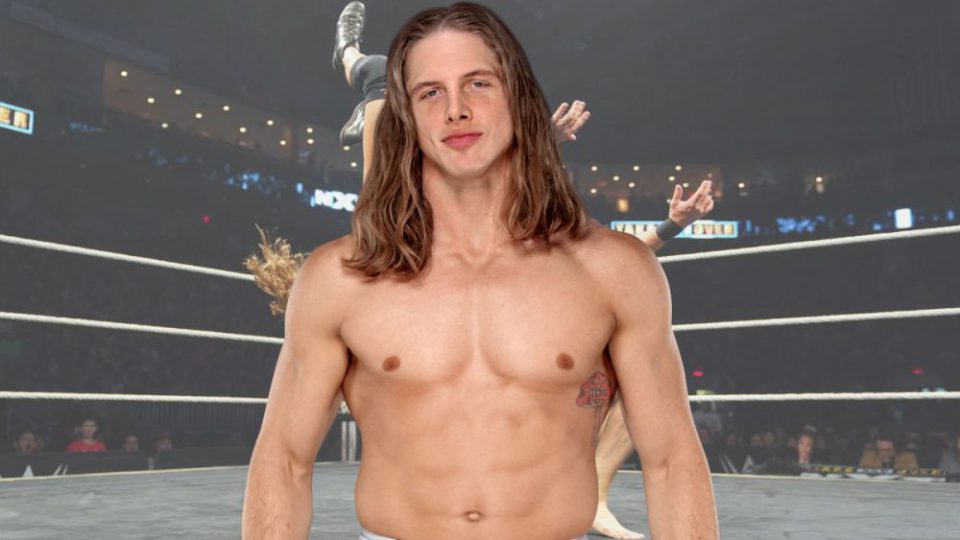 Matt Riddle is an American professional wrestler and former mixed martial artist (MMA) who gained fame when he signed to World Wrestling Entertainment (WWE). Growing up in New York, he came a long way when he was assigned to one of the company’s brands NXT where he performs on the Raw brand under the ring name Riddle. A professional MMA fighter from 2008 to 2014, the New York wrestler made a name for himself by appearing on SpikeTV’s The Ultimate Fighter 7. According to online sources, soon after, this wrestler was fired upon testing positive for marijuana in February 2013.

In 2014, Riddle who once used to train in his apartment began training at the Monster Factory for a career in professional wrestling. He made his debut in February 2015 and soon enough the Readers of the Wrestling Observer Newsletter recognized him as the wrestling Rookie of the Year and Most Improved wrestler of the year in 2016. Between 2015 and 2018, he worked on the independent circuit, wrestling for promotions such as Pro Wrestling Guerrilla and World Wrestling Network. At Evolve he became an Evolve Champion and would also be a WWN Champion, PWG World Tag Team Champion (with Jeff Cobb), and two-time Progress Atlas Champion.

He signed with WWE in 2018 and was assigned to the NXT brand and was later promoted to WWE’s main roster in May 2020.

Matt Riddle: 5 Things About Wrestler Who Grew Up In New York

Matt Riddle came into this world on January 4, 1986, in Allentown, Pennsylvania as “Matthew Fredrick Riddle”.

After his graduation from high school in 2004, the young future MMA fighter joined East Stroudsburg University, where he was a member of the wrestling team for two years, infact a lot of his wrestling experience mostly comes from his high school wrestling.

Matt Riddle ended up losing his wrestling scholarship when his coach got fired. This is how he transitioned from wrestling to MMA. Riddle’s high school was monumentally helpful in providing various wrestling matches known as National Wrestling Champion and once he hit his senior year, he won the New York State Wrestling Championship. While being at Saratoga High School, Matt  later became 1-0 in amateur MMA.

Prior to joining WWE, Riddle worked as a roofer:

Before he would join the world of WWE, the former professional MMA fighter used to train in Brazilian jiu-jitsu in the evenings. The former mixed martial artist was actually broke and struggling to meet his ends, and therefore struggled to afford real training at the gym.

He instead trained his body vigorously in the comfort of his apartment and trained his mind by reading BJ Penn’s Book, Mixed Martial Arts: The Book of Knowledge, to enhance his martial art skills.

Age, Height, Weight, and Net Worth:

Charming yet feisty, the American professional wrestler now has all the essential factors to make him invincible – including his awesome personality, his hair, and mysterious aura  that bring in millions of fans across the world.

Matt Riddle is now 35 years old and weighs about 98 kg and has a splendid height of 6 feet and 2 inches.

According to our online source, the wrestler has accumulated a net worth of $3 million, which mainly comes from his dazzling wrestling career.

The former WWE United States Champion was a state wrestling champion back in high school. At the time, a young Mark pinned future UFC champion, Jon Jones. When attending East Stroudsburg University, the American professional wrestler became a member of the wrestling team for 2 years during which he won and compiled many championships. After his head coach was fired, he lost his wrestling scholarship and began switching to mixed martial arts.

The 35-year-old first stepped into the world of professional wrestling with ‘The Ultimate Fighter.’ The Pennsylvania native defeated Dann Simmler, an understudy of Matt Serra, to get into the TUFF house.

On June 21, 2008, the Pennsylvania native made his UFC and professional debut at the Ultimate Fighter 7 Finale, defeating fellow Ultimate Fighter castmate Dante Rivera via unanimous decision.

The former WWE United States Champion, Matt Riddle, knocked out Simmler, leaving him unconscious, making history in The Ultimate Fighter as the biggest knockout. The victory led the 35-year-old to become a part of team Rampage. During the show’s taping, the former mixed martial artist got nicknamed as Chipper after Rampage found him always smiling.

American professional wrestler, Matt Riddle, was successful at various matches against Dante Rivera, Steve Bruno, Dan Cramer, and many others. After signing with Bellator, the Pennsylvania native now living in Orlando, Florida stopped playing for promotion. Riddle played his last match for Titan FC prior to transitioning and entering the journey of pro wrestling.

The Pennsylvania native was a former PWG Tag Team Champion and Evolved Champion. Outside the world of WWE, the former mixed martial artist had a history of defeating tough contenders like Shibata and Zack Sabre Jr. All these significant accomplishments have made Chipper aka Matt Riddle an arsenal of surprises.

In July 2015, Riddle nicknamed  Chipper took home the Monster Factor Heavyweight Championship. On September 15, 2015, it was announced that the Pennsylvania native, 35,  had signed with World Wrestling Network (WWN) to work for the October Evolve events. The professional wrestler later confirmed that he participated in a WWE tryout, which led to the booking with Evolve. On January 24, 2016, Mr. Riddle was victorious at the Evolve “Style Battle Tournament”.

On September 3, 2016, American professional wrestler, Mark Riddle, made his Pro Wrestling Guerrilla (PWG) debut and entered the 2016 Battle of Los Angeles tournament from which Mr. Riddle was eliminated in his first-round match by Kyle O’Reilly.

The former mixed martial artist defeated Rampage Brown and took home the Progress Atlas Championship on January 15, 2017. 6 days later he debuted for the Revolution Pro Wrestling on January 21, 2017, in a losing match against Katsuyori Shibata for the British Heavyweight Championship.

After three years of wrestling on the independent circuit, the professional wrestler signed his name on a developmental contract in 2018. Equipped with a dangerous cache of maneuvers, the rangy striker nicknamed Chipper has shown incredible versatility and built a reputation of being a top striker and submission artist. Since this American wrestler’s starting days, he has made headlines with a series of show-stealing battles in WWE, capturing numerous championships across the continents.

Following his exit from UFC, the former mixed martial artist signed a multi-fight deal with Texas-based promotion, Legacy Fighting Championships. However, Mark instead became a part of the Bellator MMA roster after the now the 35-year-old’s contract was reportedly purchased by the promotion, dated May 18, 2013. The former WWE United States Champion was expected to compete in Bellator’s welterweight tournament but had to back out of the tournament and eventually retired from MMA fighting due to financial reasons.

On July 31, 2018, Uproxx reported that American professional wrestler, Mark Riddle had officially signed a contract with WWE. On August 18, the now 35-year-old pro wrestler appeared at NXT Takeover: Brooklyn IV during which he was identified by the event’s commentators as WWE’s newest signing.

Most excitingly, the former WWE United States Champion made his video game debut as a playable character in WWE 2K20.

The East Stroudsburg University graduate keeps his own life under the shadow and has not mentioned anything about his family but we do know that he has a wife.

The professional wrestler married his love interest Lisa who happens to be a fellow wrestler and gymnast. He is the loving father of two twin daughters and a son.

Sean Murray Weight Loss: 3 Simple Tips That Can Help You in 2022