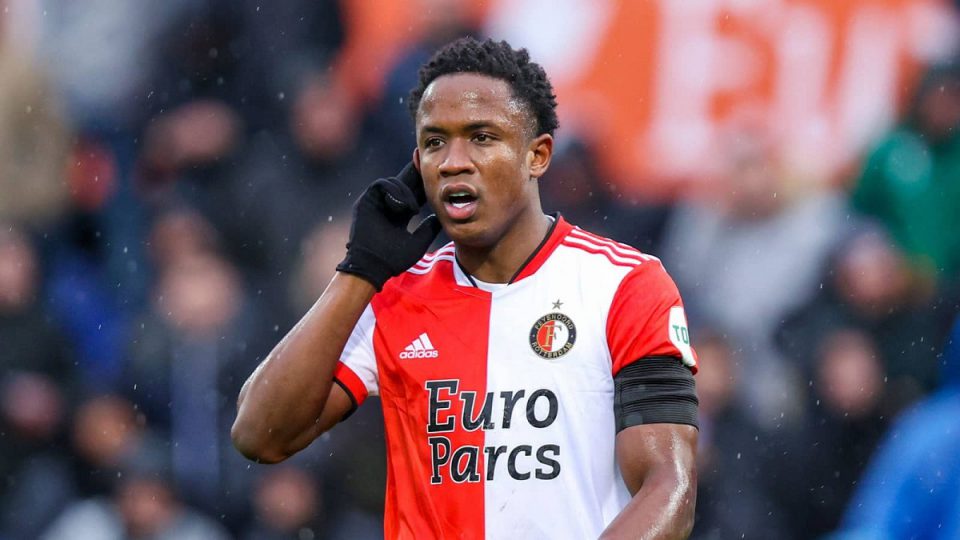 Luis Sinisterra is a Colombian football star who is one of the brightest young talents to come out of the country in recent years. He plays professionally for Leeds United and is an important part of the Colombian National Team. In this post, we will find out more about him. Let’s get started.

Luis Sinisterra: All You Need To Know

While Luis Sinisterra grew up on the streets of Santander de Quilichao, in Cauca, the idea of ​​becoming one of the most important Colombian soccer players in Europe never crossed his mind. He was not the most diligent boy in school, but every time his teacher mentioned the pact “if you finish your homework, do things quickly, I’ll let you out”, he was the first to finish his homework, pick up the ball and go to school. the nearest field.

How did Luis Sinisterra start his football career?

The brand new signing of Leeds United for this 2022, inherited his love for football thanks to his brother Guillermo. “They didn’t receive him until he was four years and seven months old, but he told the teacher Mauricio every so often: “I’m going to be five”. So he let him in because every time he saw him he told him the same thing, ”recalled Martha Lucumí, his mother.

How was Luis Sinisterra’s childhood?

Despite living in a neighborhood full of violence, the footballer did not get carried away by bad influences and stood his ground. His mother played a significant factor in his upbringing. “Friendships influence a lot. They told me that I was very ‘f***ed up’, but it was my turn to be mom and dad. I gave them a lot of ‘whip’, if I said “don’t go out”, they wouldn’t go out and if they did, I would find them wherever they were”, said his mother Martha.

Who was Luis Sinisterra’s childhood idol?

As he grew up, Luis Sinisterra showed more skills with the ball at his feet. Every time they asked him who he looks like because of his game, he answered: “Juan Guillermo Cuadrado”, thus revealing his great admiration for the Juventus Turin midfielder.

After passing through district clubs, Sinisterra landed the Once Caldas de Manizales in 2016. The attacker defended the white shirt for three seasons. He scored just five goals, but these were enough to draw the attention of teams from the Netherlands. It was so that in 2018 he had to leave Colombia and start the European dream.

Where did Luis Sinisterra start his European football career?

The winger dressed in Feyenoord’s red and white colors, first with number 17 and then with the 7, the number that is his current trademark. His first season was very complicated because he didn’t have many minutes; however, through effort, he began to earn a space on the campus.

The Colombian had to wait until 2020 to have continuity. In that season he shone with 25 appearances and 5 goals, but his dream year was in 2021-2022 when he was even a figure in the Conference League.

Why did Luis Sinisterra generate so much interest among other teams?

Sinisterra participated in 49 Feyenoord games in that season, scoring 23 goals and providing 12 assists; Crazy figures that ensured that multiple clubs were interested in him. In addition, his dribbling and feint touch make him full of resources to be part of any league on the planet. Immediately his name was placed in the best showcases of the transfer market.

Napoli, Atletico de Madrid, Bayern Leverkusen and Lille were some of the candidates who knocked on the door of the Dutch team to sign Luis. His value was close to 18 million euros, although this amount grew due to the Cies Football Observatory, which indicated that it was at 27.3 million euros. Important numbers for a player born in Colombia.

How did Luis Sinisterra end up with Leeds United?

After weeks of rumours, Leeds United took the lead in negotiations. The English team signed ‘Lucho’ after paying 25 million euros plus a significant bonus. The winger’s contract was for the next five seasons and he was signed to take the place of Raphina, who left for FC Barcelona.

At just 23 years old, Sinisterra became the fourth most expensive signing in the history of the ‘whites’, behind Daniel James, Rodrigo and Aaronson. “I am very happy to be here in this beautiful club, I am enjoying this time.”

Sinisterra was part of the call to the Colombian National Team for the seniors in the era of Carlos Queiroz. A friendly against Algeria was the perfect place to observe him and draw conclusions about his future calls.

Luck did not accompany the attacker who, on the verge of starting the Qualifiers for Qatar 2022, suffered a serious knee injury that kept him off the pitch for ten long months. His Colombian National team journey had to be postponed.

After recovering and living a great moment with Feyenoord, Reinaldo Rueda decided to call him up to face Bolivia, Paraguay and Chile. Colombia was experiencing a severe goal drought and needed players at a great moment to face the rival goal, Luis Sinisterra was one of them.