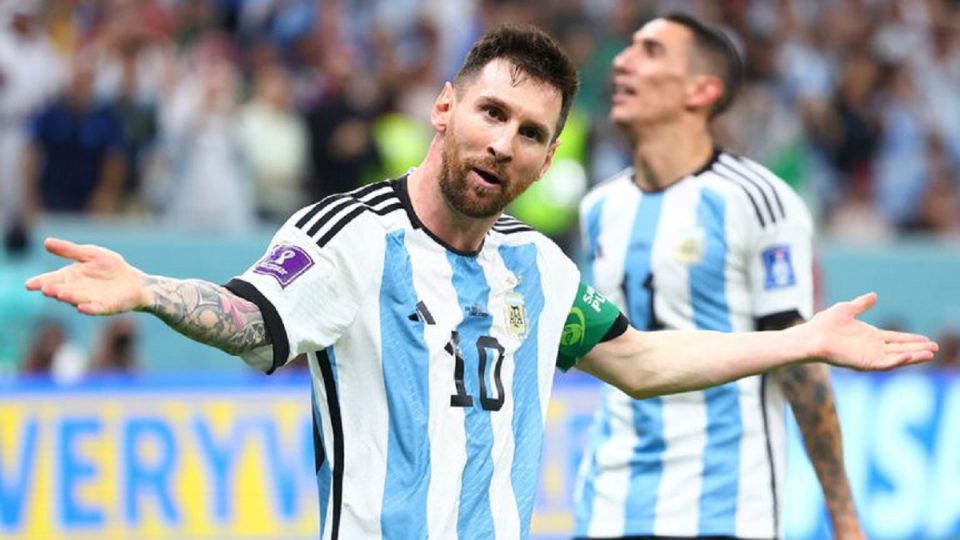 Argentine people burst into tears as their star WALKED against Saudi Arabia. Performance wise, Lionel Messi in FIFA 2022 saw a disappointing loss of 2-1 to Saudi Arabia in the first match of the 2022 World Cup. Messi, who will lead Argentina to victory in the cup by football authorities, became the football player who walked the most in 90 minutes in the first eight games. Let’s break down these habits of Lionel Messi!

Argentina’s undefeated start to the 2022 FIFA World Cup disappointed the Argentine public, famous for their passion for football.

In Argentina, the public was screened for the match, which started at 07:00 local time. Although Argentina’s match against Saudi Arabia coincided with the early hours of the morning, hundreds of people gathered to support their country on a giant screen in a park in Buenos Aires, the capital of the country.

The result of the first match saw Argentina change the entrance time of the schools to watch its first match in the World Cup: the patisseries started to work earlier than usual, the state institutions were allowed during the match in some cities, and the taxi drivers followed the wheel, upsetting the public.

In the match where Argentines of all ages came together to support the national team, the early goal of star football player Lionel Messi made everyone happy. The loss of their national team against Saudi Arabia by 2-1, which could not maintain the superiority in the match, caused the Argentines, who are fond of football, to be surprised, and disappointed in the match they saw as certain to win.

While some Argentine fans experienced great sadness after the defeat, there were also those who could not hold back their tears.

The individual performances of the Argentine players in the fight were also the subject of criticism. Messi, who was expected to carry Argentina to the cup, was recorded as the football player who walked the most in the rest of the 2022 World Cup. According to the figures of FIFA, the Argentine star was at the top in this field with a walking distance of 4,625 meters against Saudi Arabia. Messi’s walking more than England goalkeeper Jordan Pickford also drew a reaction.

WHAT HAPPENED AT THE MATCH?

Argentina started the match fast in Lusail, where the final match of the World Cup will also be played. Tango players could not use the opportunity they had with Messi in the 2nd minute.

After Argentina’s free kick in the 8th minute of the match, Parades remained on the ground after the fight with his opponent in the penalty area. Referee Vincic came to the side after the warning from VAR, watched the position and gave a penalty decision.

Using the penalty kick in the 10th minute, Messi sent the ball and the goalkeeper to separate corners: 1-0.

HISTORICAL GOAL IS NOT ENOUGH:

Messi, who scored Argentina’s first goal in the World Cup, also made history as the 5th player to score in 4 different World Cups.

Argentina’s star footballer even scored his 7th goal during a World Cup.

Argentina coach Scaloni made 3 changes in the 59th minute to get his team back on their feet. Lisandro Martinez, Fernandez and Alvarez join the game. Saudi Arabia, which was very effective in defense, did not give much clear opportunity to its opponent in the remaining minutes. In the few positions that Argentina captured, goalkeeper Al-Owais closed the goal with his successful saves. Saudi Arabia won the match 2-1 and left the field with a historic victory.

The decision was announced by the Royal Court of Saudi Arabia in a written statement.

After the Saudi Arabian national team’s 2-1 victory over Argentina, the Royal Court said in a statement, “The King of Saudi Arabia has ordered that Wednesday be a public holiday in all sectors, private and public, including all levels of educational institutions” included in the statement.

MESSI HAS BEEN KNOWN TO WALK PERFECTLY:

The Argentine playmaker enchants in practically every game, but he shows three behaviors that could describe his career: walking, observing and accelerating. A few years ago, Guardiola praised Messi’s ability to walk and observe everything that was going on around him during the game, before it was even a valid option for his teammates to pass the ball to him.

The truth is that with Messi’s career advancing, the Argentine star manages his running timings, acceleration and even when he has to walk better and better,

A beautiful proof of that is that he walks when he has to, observes everything in detail, even turning his neck, identifying spaces, opponents, and teammates, and then, in a few seconds, manages to receive, know which side the defender and contact will appear on, dribbles short to accelerate and when opponents finally manage to react, Messi has already made a pass to the back of the net. Year after year, on any stage, field, or competition, Messi can see and do what others cannot.

HAS MESSI WALKED TOO MUCH THOUGH?

During the famous Manchester City vs PSG, the Argentine superstar could not reach his level at PSG. Even back in 2021, there was severe criticism of Lionel Messi from PSG fans saying: “He’s just walking around on the pitch”.

So is history repeating itself? Lionel Messi, who was transferred from Barcelona to Paris Saint-Germain in a sudden decision, had a shaky image on the field which began to be seriously criticized. The criticism was heightened after PSG lost 2-1 to Manchester City in the Champions League.

Fans on Twitter accused the Argentine superstar of not wanting to be on the pitch. Some of those comments are as follows:

“Messi looks disinterested. All he does is pass the ball straight back when he gets it. It’s weird.”

“Messi did nothing but walk the whole game. He literally plays like he doesn’t want to be there. Man, it would’ve been better if you went to MLS.”

“Messi is just walking around.”

What happened in last year’s Manchester City v PSG match? In 2021, the Premier League giant could not find a goal despite his oppressed play in the first half and fell back with a goal from Kylian Mbappe in the 50th minute. After increasing the pressure, Manchester City managed to win the match 2-1 with the goals of Raheem Sterling (63 goals in 2021) and Gabriel Jesus in the 76th minute. With Leipzig’s 5-0 away win over Club Brugge, both Manchester City and PSG were guaranteed to leave the group. However, PSG increased the question marks in their minds with its ineffective game in this match.

Even if we keep the 2022 FIFA World Cup aside for a second, Argentina had a bad campaign in the qualifiers to compete in the 2018 Cup. It only secured its place in the last round, thanks to a combination of results. Messi was the team’s top scorer in the competition, with seven goals. But even so, he did not avoid criticism from fans and sports journalists in the face of the mediocre performance of the selection. Despite having reached the final of the Cup in Brazil, in which they lost by a single goal in extra time, the last time Argentina won a World Cup was in 1986. Not even the double Olympic gold in 2004 and 2008 mitigated the fact that, since the 1993 Copa America, the Argentine national team has not won a major trophy, and it will take a miracle for the team because how much can 1 man (even if he is Lionel Messi) do?

The Most Powerful Teams in Football