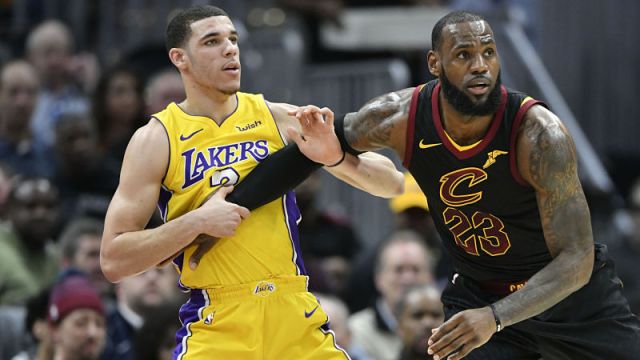 So the biggest and most anticipated Free Agency move of this year has finally been made. The most attention grabbing player in basketball has signed with the most glamourous franchise in NBA history. Klutch Sports, the agency that manages LeBron James, announced the move via a tweet. James has signed with the Los Angeles Lakers on a 4 years, $154 million deal. Yes readers, #LABRON is a reality. With the best player in the world safely in their kitty, the Lakers front office has to scramble to build a roster worthy of the King. And all you fans of the Lakers don’t need to worry, the organisation has already signed up Kentavious Caldwell-Pope, Lance Stephenson and JaVale McGee. Let’s take a look at the current roster and speculate on a possible starting lineup.
With free agent Julius Randle‘s cap hold on the books, Caldwell-Pope’s one-year, $12 million deal almost leaves the Lakers with no cap space. McGee has agreed to a veteran minimum deal while Lance Stephenson has been signed under the $4.4 room exception. Letting go of Randle, would open up almost $10 million of cap space. Waiving the rarely used Luol Deng would free up $10 million more. Providing the Lakers with a much needed breathing room to operate.
However, let’s assume that the Lakers let go of Randle but keep Deng, this is how the roster might look like, at least until the Lakers manage to land Kawhi Leonard via a blockbuster trade:

On to the aforementioned Kawhi Leonard trade, regardless of how much Leonard desires to play in Los Angeles, pulling it off won’t be easy for the Lakers. Based on how things turned out with Paul George, it’d be better to trade for Leonard now, rather than wait for Free Agency (Paul George talked about dreaming of playing in Los Angeles, so the Lakers decided to wait for him to become a Free Agent, rather than trade for him right away. One year later, Paul George didn’t even meet with the Lakers before signing a new deal with the Oklahoma City Thunder). The Spurs won’t budge until they are atleast offered Ingram, Kuzma and some draft picks. However, due to salary disparity, even that might not work., They can trade Ingram, Ball, Hart and Zubac but that will gut their roster and the Spurs don’t want Lonzo Ball anyway.
As much as La-La Land might be celebrating the arrival of the King, unless the roster around him is sorted, there will be a lot of anxiety in the city of angels till the 2018-2019 season starts.