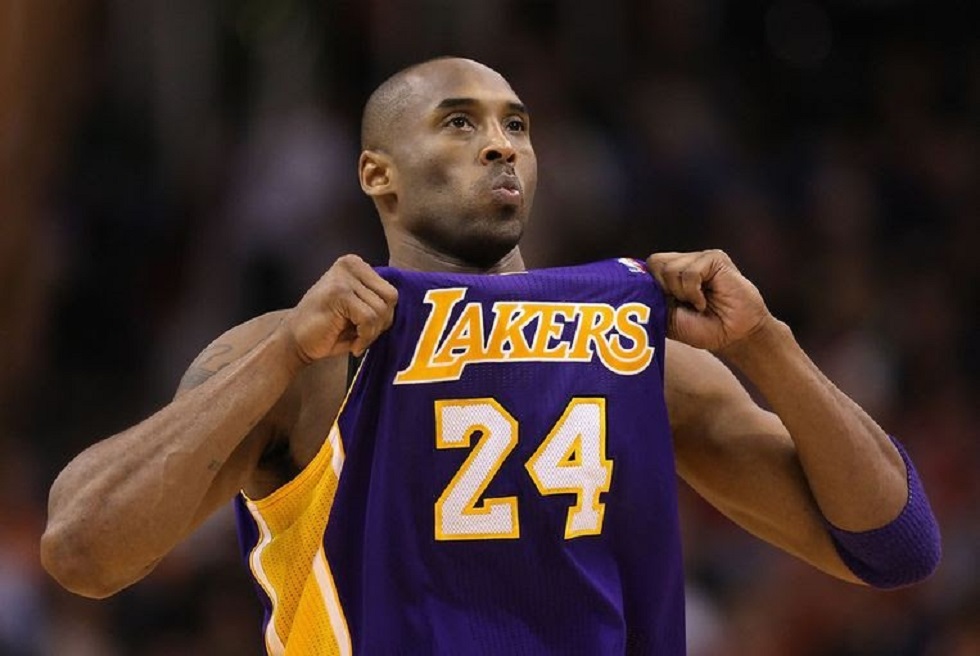 Kobe Bean Bryant was a former American professional basketball player and entrepreneur who came into the NBA as a 17 year old phenom. He had a long and distinguished 20 year career in the NBA, all of which was spent as a member of the Los Angeles Lakers. Throughout the course of his illustrious career, Kobe Bryant won five NBA Championships and went on to become one of the most popular athletes on the planet. While Kobe Bryant was definitely one of the most popular and successful athletes of all time, he was also one of the richest athletes on the planet. He also famously scored 81 points in a single game (second highest in NBA history) against the Toronto Raptors in 2006. Before his untimely and tragic death at the age of 41, Kobe Bryant’s net worth was $600 million.

On January 26th, 2020, Kobe Bryant died in a helicopter crash in Calabasas, California. His teenage daughter Gianna Bryant, also perished in the crash, which was apparently caused by a lack of visibility from a dense fog.

Kobe Bryant: Net worth, career and life of the deceased NBA Star

When was Kobe Bryant born?

Kobe Bryant picked up the game of basketball at a very young age of 3. His favourite team at that time was the Los Angeles Lakers. Kobe Bryant’s interest in basketball was also nurtured by his grandfather since childhood. He would send basketball videos to Kobe Bryant who would study them religiously in turn. Bryant has also said in numerous interviews that he used to dribble the ball so much in his father’s apartment that his neighbours downstairs would complain. While growing up in Italy, Kobe Bryant was also a big fan of soccer and his favourite team was A.C. Milan. Kobe Bryant said that his fondest childhood memories were made in Reggio Emilia while his father played there. Kobe Bryant used to go back to America every summer to play in the country’s summer basketball leagues.

After Kobe Bryant’s father retired completely from playing basketball, the entire family moved back to Philadelphia, United States of America. Kobe Bryant went on to become a high school superstar at Lower Merion High School in the city. Kobe Bryant finished his high school basketball career with 2,883 points, the highest ever in Southeastern Pennsylvania. His #33 jersey was retired by the school. He was named the top high school basketball player at the end of the season, winning the Naismith High School Player of the Year award. He decided to forgo college and go straight to the NBA by declaring for the 1996 NBA Draft. In the much vaunted draft (considered one of the greatest draft classes of all time), Kobe Bryant was selected 13th overall by the Charlotte Hornets. He was immediately traded to the Los Angeles Lakers, kicking off a storybook career.

How was Kobe Bryant’s NBA career?

When Kobe Bryant was drafted by the Charlotte Hornets in 1996, he was only 17 years old. As a result, his parents had to co-sign his contract when the Hornets traded him to the Lakers. One of the earliest achievements of Kobe Bryant in the NBA was winning the Slam Dunk contest in 1997. He started growing more hair soon after that. The Los Angeles Lakers signed superstar free agent Shaquille O’Neal from the Orlando Magic and formed one of the most fearsome one-two punches in NBA history. The duo of Kobe Bryant and Shaquille O’Neal led the Los Angeles Lakers to a dominant run during the early part of the new millennium. The Los Angeles Lakers won three straight championships between 1999 and 2002. They went back to the NBA Finals in 2004 but lost to the Detroit Pistons. That defeat proved to be the breaking point of Shaquille O’Neal and Kobe Bryant’s relationship and the former was traded to the Miami Heat.

After the trade, Shaquille O’ Neal went on to win another championship with Dwayne Wade and the Miami Heat in 2006. Kobe Bryant and the Lakers were mired in mediocrity as they struggled to be relevant. However, during this time, Kobe Bryant achieved a personal milestone by scoring 81 points in a 122-104 win against the Toronto Raptors on January 22nd, 2006. Bryant’s 81 points are the second highest by an NBA player in a single game behind Wilt Chamberlain’s 100. After a few years of struggle, the Lakers added star center Pau Gasol and crucial role players like Trevor Ariza and Ron Artest (Metta World Peace) to get back to title contention. The Lakers made three straight NBA Finals between 2007 and 2010, winning two of them, firmly establishing Kobe Bryant’s legacy as one of the League’s all time greats.

After his fifth NBA Championship, Kobe Bryant’s team success declined and the Lakers didn’t reach another NBA Finals. As he grew older, his health started deteriorating and he suffered numerous injuries. On December 14th, 2015, Kobe Bryant passed Michael Jordan to become the NBA’s third highest scorer in history.  He was passed by LeBron James on that list on January 25th, 2020. Co-incidentally, Kobe Bryant died a day after LeBron James passed him on the all time scoring list. Kobe Bryant also famously scored 60 points in his final NBA game.

What was Kobe Bryant’s net worth?

Kobe Bryant had an incredibly successful and long career. During that time, he was one of the richest athletes on the planet, earning a lot of money on and off the field. As a result of that, Kobe Bryant’s net worth at the time of his death was $600 million.

What are some of Kobe Bryant’s career accomplishments?

Here are some of the accomplishments of Kobe Bryant’s career:

How did Kobe Bryant die?

Kobe Bryant passed away as a result of a helicopter crash in Calabasas, California on January 26th, 2020. The helicopter was Bryant’s and none of the passengers (including one of Bryant’s daughters) survived the crash. Kobe Bryant is survived by his wife and three other daughters. Kobe Bryant’s net worth at the time of his death was $600 million.