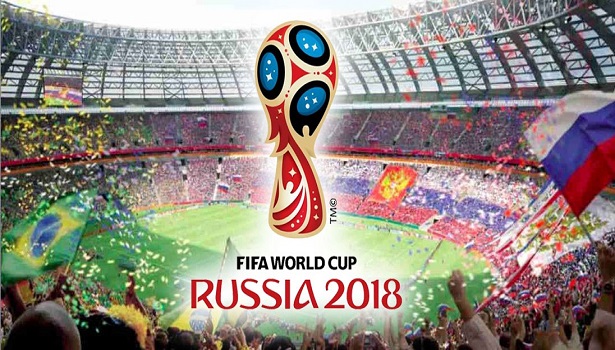 If you ask anybody what the two greatest passions of India are, the answer would undoubtedly be Cricket and Bollywood Cinema. But Football is not far behind. Over the years, football has gained immense popularity in the country and with the FIFA World Cup 2018 starting today; a lot of people are busy studying the match timetable and scheduling work around it so they are able to witness all the live action.
Here’s all the trivia related to FIFA 2018 in a nutshell.
Dates
The 21st FIFA World Cup begins in about 6 hours from now in Russia and will go on till 15th July 2018 when the final match will be held at the Luzhniki Stadium in Moscow.
Budget
This year’s tournament is supposedly the most expensive football championship in history with a budget of over US $11billion.
Teams
The championship consists of a total of 32 teams; 31 teams that were chosen from qualifying rounds plus the host country. For the first time in the history of FIFA, all member countries of the association entered the qualifying round. This year, Iceland and Panama will be part of the tournament for the first time.
Venues
A total of 12 stadiums in 11 Russian cities will host the matches and accommodate the large population that will come to watch them. Spectators with match tickets can avail free public transport services in host cities during the tournament period.
Mascot
The official mascot of FIFA this year is a Wolf named ‘Zabivaka’ meaning ‘the one who scores’ in Russian. The wolf will promote the event, entertain the crowds at the tournament and also serve as an ambassador for Russia.

Emblem
The official emblem of the World Cup was unveiled on 28th October 2014 with the help of the International Space Station Crew and projected onto the Bolshoi Theatre in Moscow during a special TV show. The creative inspiration for the emblem was drawn from ‘Russia’s rich artistic tradition and its history of achievement and innovation.’

Ball
On 9th November 2017, Adidas unveiled the official ball Telstar 18 which pays homage to the first ever Adidas World Cup Ball. ‘The name of the original Telstar came from its status as the “star of television”. The first ball to be decorated with black panels, the pattern was designed to stand out on black-and-white TVs, and changed football design forever.’

Official Song
Yes, we have never been able to get over Shakira’s Waka Waka. This year the song of the tournament is ‘Live It Up’ by Will Smith, Nicky Jam and Era Istrefi; the video of which went live on 8th June.

Opening Ceremony
The opening ceremony for FIFA 2018 will be held prior to the first match at the Luzhniki Stadium in Moscow. There will also be a concert at the city’s well-known Red Square at the same time. The event will include musical acts, dancers, gymnasts and trampolinists (everything that portrays Russia).
Brazilian player Ronaldo and 90s pop icon Robbie Williams will be present and Williams will perform alongside Russian soprano Aida Garifullina. Opera singer Placido Domingo and Peruvian tenor Juan Diego Florez are also part of the line up. In addition to this, Pianist Denis Matsuev, global opera stars Anna Netrebko, Yusif Eivazov, Ildar Abdrazakov, and Albina Shagimuratova are the other Russian stars at the event. Performers of the official FIFA song will also be a treat for the audiences.
FIFA 2018 begins today at 6pm local time with the opening match of host country Russia who will be playing against Saudi Arabia.

Who Was The Butcher of Bilbao? Facts About The Barca-Athletic Feud!

I could not have asked for a more explicit and detailed post! Great work, Sailee!