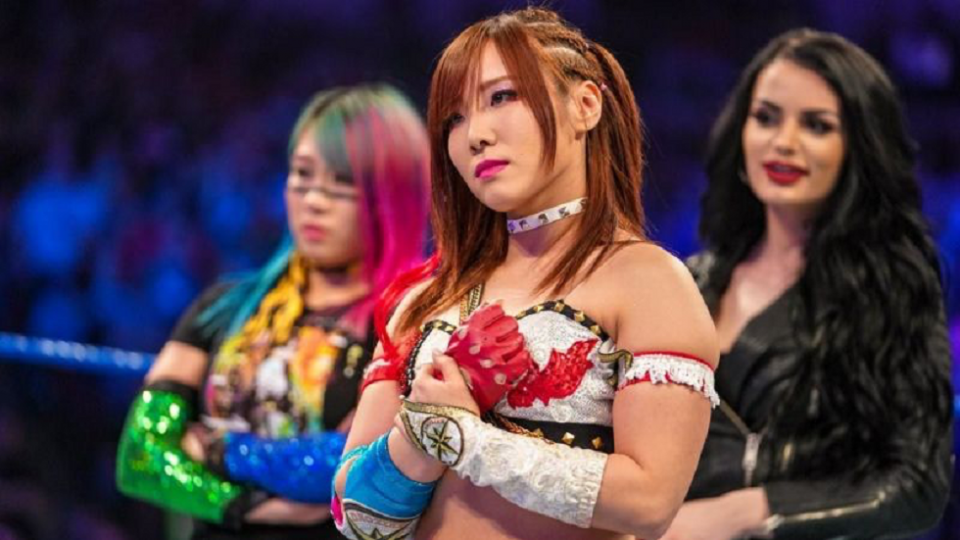 Kaori Housako is a Japanese professional WWE wrestler and actress under the ring name Kairi Sane. If you’ve ever wondered why Kairi Sane dresses like a pirate, it’s because of her passion for yachting. That’s where she got the inspiration for her pirate attire.

In 2016, Dave Meltzer of the Wrestling Observer Newsletter called Kairi Sane and her fellow Japanese workers Io Shirai and Mayu Iwatani the “three of the best wrestlers in the world”. But recent news shows that Kairi Sane will be leaving WWE and heading back to Japan following a series of roadblocks in her career.

Kairi Sane: Did You Know These Things About Her?

What is Kairi Sane’s educational qualification?

She has done her graduation from Hosei University with a bachelor’s degree in Japanese literature. After graduating from Hosei University, Kairi Sane began pursuing a career in acting. She quickly fell in love with professional wrestling’s aspect of combining acting with sports and decided to become a wrestler herself.

What happened to Kairi Sane? Why is Kairi Sane leaving?

You are strong. I have lost to you many times. I am small and you may think I’m weak.
However, you can never beat my heart. I will get back up again. #WWERaw pic.twitter.com/leXMwuiifO

Kairi Sane announced her marriage to a man with whom she was having a long-distance relationship on February 22, 2020. She is expected to return to him after her recent fallout with WWE. Sane probably doesn’t want to risk further harm or permanently disabling injuries and will thus return to Japan to her husband. There, she plans on wrestling for another year before retiring completely from the sport.

How will Kairi Sane go out?

We haven’t seen the last of Sane as she will still be appearing on two or possibly three more episodes of RAW, according to Dave Meltzer.  Her departure from WWE will be played out as a ‘career-threatening injury’ in the storyline. At least that was the plan when Paul Heyman was in charge. Her character could have done so much more. However, the dominance of Asuka and several other main roster figures left no space for her to make herself stand out.

What is Kairi Sane’s Nationality?

She is Japanese and currently Kairi Sane’s residence is Orlando, Florida, U.S.

Her profession has made her famous all over the world as Kairi made her international debut in 2014, beginning with bookings in Mexico.

Where was Kairi Sane born?

Her birthplace is Hikari, Yamaguchi, Japan which was her hometown before she found fame as a professional wrestler.

How old is Kairi Sane?

What is Kairi Sane’s height in feet?

What is Kairi Sane’s weight?

Other interesting facts about Kairi Sane: