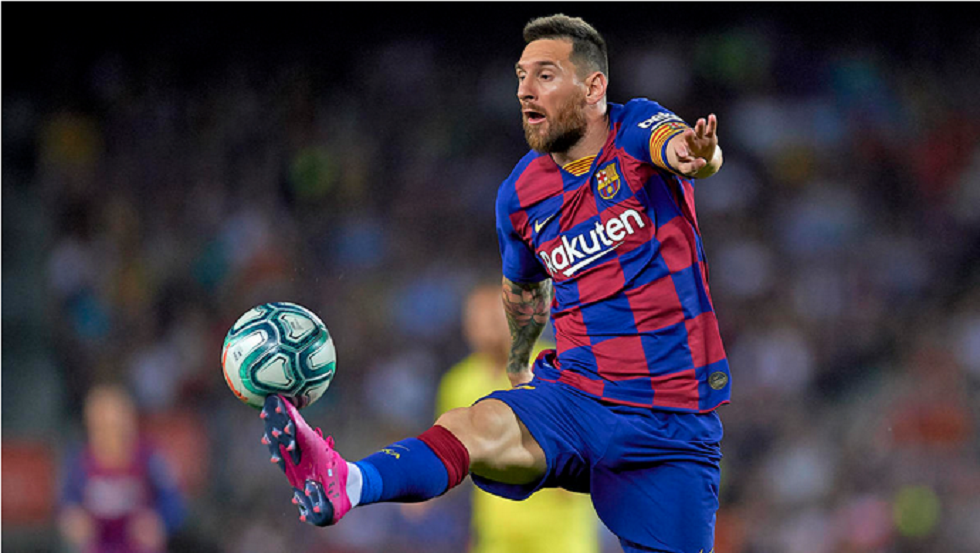 In any football teams, forwards always play an essential role and have a considerable influence on the final victory of the whole team. It is because their primary responsibility is shooting goals.

Throughout the history of football, there have been a significant number of forwards who not only bring remarkable achievements to their teams but also give fans breathless excitement at their performance.

Right here, we want to provide you with a list of top-ranking forwards in the world today.

This Portuguese footballer is playing as a forward for the Juventus club and the Portuguese National Football Team. Today, Cristiano Ronaldo is one of the most excellent strikers in modern football.

Worldwide media and fans often call him the legend of world football. In the football world, it is quite rare to find out talented players like Ronaldo, who can score in different ways, including kicking and heading.

He can use both feet for netting goals. Furthermore, he is excellent at scoring with direct and indirect free kicks.

Before playing for Juventus, Ronaldo scored more than 400 goals for Real Madrid. Therefore, he has been voted the player scoring the most goals during the history of this team.

During the time with the Portuguese National Football Team, he also gained outstanding achievements with over 75 goals.

Similar to Messi, Ronaldo has held up to 5 titles of FIFA Golden Ball for best player in the world till now.

Some football fans have said that not Ronaldo, but Messi is the legend of contemporary football.

Together with Ronaldo, he has created the most thrilling competition in football history. During the past 20 years, football fans have got involved in an argument about who is the best player, Ronaldo or Messi.

When watching Messi control a ball, every fan cannot hide their surprises. Despite having a modest height of 1m68, Messi has the ability to make the impossible possible.

His passing and scoring skills are the great aptitudes any strikers around the world desire to have. In the world today, this Argentinian player is the only striker who can make the ball pass over 4-5 people at a time.

Messi is a free forward, meaning that he can play as a center forward, a winger, a second striker, an inside forward, or an outside forward. No matter which position he plays, he completes his mission.

While playing for Barcelona, ​​Messi has scored over 500 goals and won the most honorary titles. He is considered the greatest player of this Spanish football club.

The Brazilian star still has given excellent performances after moving to Paris SG, which decided to pay 222 million euros for him.

He scored several goals in important matches of this club, especially the victory against Lyon in Ligue 1 with a score of 1-0 and the match with Strasbourg with the same score.

Before coming to Paris SG, Neymar cooperated with Santos and Barcelona.

Santos is the first club this football superstar played for. On October 29, 2011, he made the competition between Santos and Atletico Paranaense exciting with a wayward shot after defeating all the defensive midfielders of the opponent.

Even so, the club that brought Neymar glory is Barcelona. The 2015 Champion League witnessed the most sparkling performance of him. He scored in all of the matches this season.

Neymar is also seen as the soul of the Brazil national football team when netting up to 60 goals. That being said, he has not been lucky enough to hold any World Cup trophy after two seasons of playing in 2014 and 2018.

If fans often see Ronaldo and Messi as football geniuses, Robert Lewandowski is well-known as an underrated forward through his convincing performance in various seasons.

He is successful in holding firm to his scoring ability. In every tournament, he has scored at least 20 goals, which is rare for the players at the age of 33.  Although the Bundesliga is not a competitive football league, all that Robert has achieved is noteworthy.

Playing in the striker position for the Bayern Munich club, Robert Lewandowski has helped this club win the Bundesliga five times. Throughout four consecutive seasons, the Polish striker has won the title of the best striker of the tournament and top scorer of the Bundesliga in the DFB-Pokal.

As one of the best young forwards in French football, Kylian Mbappe won the 2018 FIFA World Cup in Russia during the time with the French National Football Team. At that time, he was only 20 years old.

Currently, Kylian Mbappe is ranked second, just after Neymar, in the list of the most expensive players in the world. To gain Mbappe from AS Monaco, Paris SG signed a record contract worth up to 150 million euros.

Kylian Mbappe possesses the superior qualities of a modern footballer. He is one of the most versatile forwards today because of the ability to play in various positions, from a winger to a center forward.

The greatest strength of Mbappe is his running speed. The French usually compare him with Thierry Henry, but this striker has distinctive qualities.

We have listed the top 5 greatest strikers in the world at this time. Are any of them your favorite players?

Hopefully, you will get relaxing moments from our article. Thanks for spending time on it. For any contributions, please leave your comments below.

How not to feel bored in a long-distance relationship